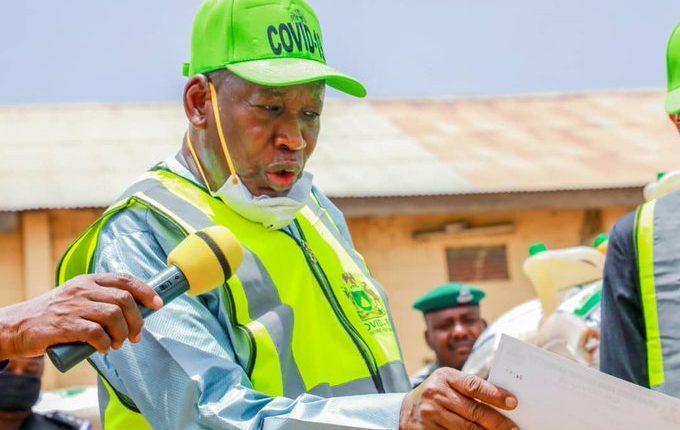 As the Federal Government announced a further easing of the lockdown imposed to curb the spread of the COVID -19, in the country, Kano state government has released another set of guidelines in respect to access to markets and places of religious worship.

The new directive fashioned by the government also covers all the protocols and regulations that will be deployed in the process of assessing other places of public interest within the state.

Mohammed Garba, commissioner for Information, who made this disclosure in a statement made available to BusinessDay, Monday, said the new guideline was arrived at after due consultations with key public health professionals, after a critical review of the situation in the state was made.

According to Mohammed, following the Federal Government’s new decision on the lockdown across the country, the state government has approved that markets and places of worship are now to operate on Sundays, Wednesdays and Fridays from 6:00 am to 6:00 pm.

In the same vein, he said that state government would be holding an emergency meeting with market leaders to work out how to ensure strict observance of safety and ensure total compliance with all outlined protocols in markets and business places, in respect of the management of the pandemic.

“We are glad to announce this new measure as regards the easing of the lockdown in the state which is taken in compliance with the decision of the Federal Government. With this new directive from the PTF, the state government believes it is necessary for such places as market and places of worship emphasize the compliance with safety rules that include mandatory use of non-medical face masks; provision of handwashing facilities/sanitizers; and extensive temperature checks.

“We also wish to draw the attention of the general public to the fact that while these restrictions have been lifted, interstate movements except for goods, agricultural produce and essential services is still in force”, the statement noted.

The commissioner, however, disclosed in the statement that all schools in the state will remain closed and urge students to avail themselves of the learning opportunity being provided on some of the radio and television stations in the state by the state government.

Garba also further explained that Governor Ganduje attributed the success so far recorded which is translating into a reduction in number of infected persons in the state to the commitment of government, health authorities and most importantly to fervent prayers.

He called for more support and prayers, as well as commends the residents of the state for their patience and understanding in the face of the restriction order.