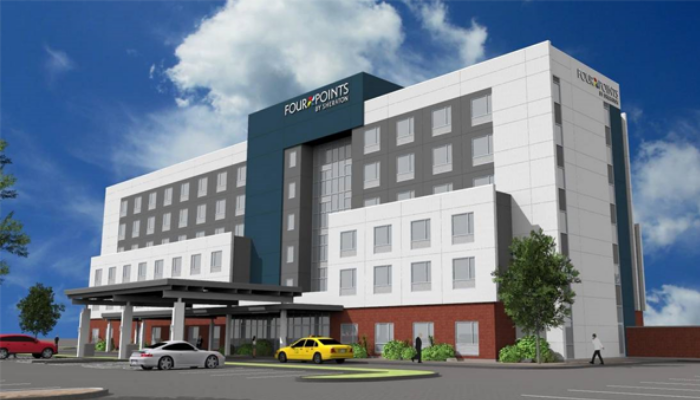 Akwa Ibom government and the Marriott groups have held talks over the management of the Four Points in Ikot Ekpene, about 2o kilometres from Uyo, the state capital.
The talks which were led by Governor Udom Emmanuel took place in Accra, Ghana and were attended by other state government officials including Emmanuel Ekuwem, the secretary to the state government among others.

In a statement made available to the media, the talks were said to have centred around “finalising arrangements for the commencement of operations at the hotel.”

The Marriott group was led by Volker Heiden, Area Vice President of Marriott International while the meeting was held at the Marriott Envoy, Accra, and discussed concluding plans “to ensure that the opening of the hotel is no longer delayed.”

Governor Udom Emmanuel is said to have expressed his delight that his promise to ensure that “every strategic infrastructure is converted into a valuable asset for the benefit of Akwa Ibom people,” was gradually finding expression in the Four Point by Sheraton Hotel.

The hotel was inaugurated in May 2015 by the immediate past administration but was later discovered to have been below standard as the furnishing was said to have left undone.

A top government official was recently quoted as saying that “he inherited a building and not a hotel.”