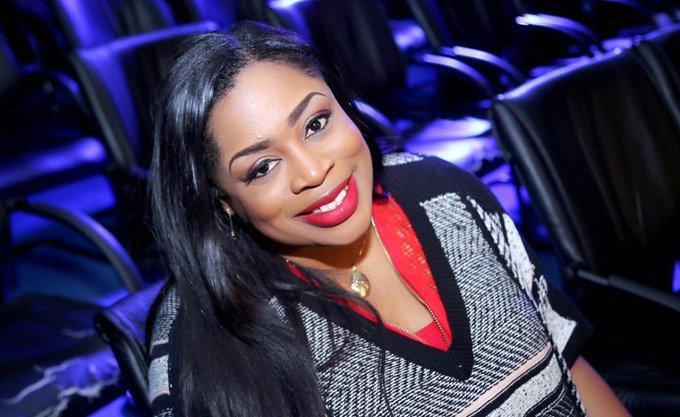 Multiple award-winning gospel artist and songwriter, Sinach has become the first African and arguably the first black person to rank at number one on the Christian Songwriters’ category of the USA Billboard, for her song ‘Way Maker’.

“In short Sinach has accumulated the most points out of any other Christian market songwriter for the past seven weeks.  My analysis is that the large number of recorded versions of the song Waymaker are adding up to this accomplishment and acknowledgment.  The other songwriters on this list have dozens of different songs recorded by other artists that are comprising their “points total,” said Les Moir,  A&R Ambassador at Integrity Music Europe.

Since the song was released on 30 December 2015, ‘Way Maker’ has been covered by a number of globally acclaimed Christian music artists such as Michael W. Smith, Leeland; Christafari; Passion Worship Bank; Maranda Curtis; and Bethel Music to mention a few.

Two covers of ‘Way Maker’ by Michael W. Smith and Leeland are featured in the top 10 Hot Christian Songs chart. According to Billboard, this is the first time in the history of the Hot Christian songs that two versions of the same song have resided simultaneously in the top 10. Leeland’s version is currently ninth on the chart, while Michael W. Smith’s version is in third position.

Speaking on the ranking, Osinachi Joseph also known as Sinach, said, “It’s truly exciting to know from Nigeria, we are reaching far and dominating in the West. It basically chronicles what God can do when you yield to Him. Just thinking of it is really humbling and to know it’s a song of hope, faith in God, and trusting in Him that has brought us thus far. I’m sure you’ve seen the videos of ‘Way Maker’ being sung in many hospitals, car parks, garages – everywhere this period! God has used it to strengthen many around the world, not to give up, but believe that He is the rewarder of those that diligently seek Him. So I’m truly happy, excited, and glad Jesus is glorified once more.”

A senior worship leader at Loveworld Incorporated, Sinach has an overflowing catalogue of 9 studio albums with a very special Worship EP in the works. Her unrecorded songs but written, are in thousands.

While ‘Way Maker’ is her first song to gain global critical acclaim and peak on the Billboard, she says her being in the limelight was always a given so long as Pastor Chris Oyakhilome, President of Loveworld Incorporated was organising record breaking programs going back into the 90s.

Prior to ‘Way Maker’, songs like ‘Holy, Are you Lord’, ‘Stand Amazed’, ‘Simply Devoted’, ‘Rejoice’, and many more had become an anthem in many Christian gatherings around the world.

“Way Maker’s rise and rise has been truly phenomenal and divine and it has consolidated a new pedestal for me,” she said.

The song was inspired by her unwavering faith in God and the Knowledge that He is who He says he is.

She recently released ‘All Things Are Ready’ and was featured in a worship single by Ada Ehi titled, ‘Fix My Eyes on You’.

“Firstly, you have to be a Christian; born again really. Also, study the Word of God and go to Church, and have a genuine fellowship with God. You sing the word of God, and if you are not full of it, how would you be inspired to write? If you don’t fellowship with Him, how would He inspire your songs to minister to His people?” she said.