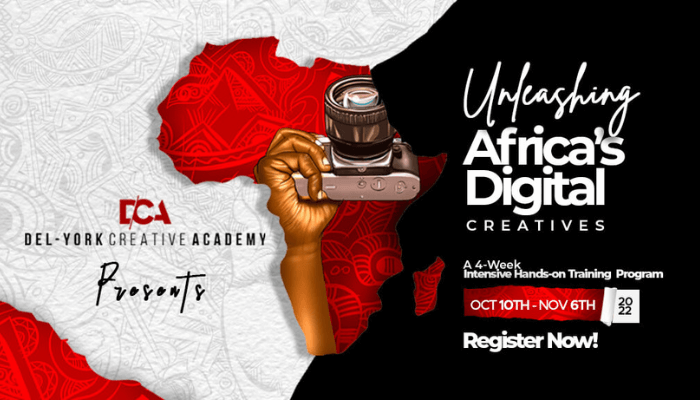 The art classes scheduled to start on Monday, October 10, 2022, under the tutelage of internationally acclaimed instructors, with state-of-the-art equipment and well-appointed learning suites, interns will be coached on the specialised art of filmmaking, acting, producing, screenwriting, post-production, sound design and score. Others are digital marketing, animation, cinematography, public relations and media communication.

Serah Donald, the vice-president at Del-York Creative Academy in a chat with BusinessDay said the art classes are among the academy’s numerous avenues of impacting teeming youth with the needed skills to redefine and broaden the creative space in Africa, especially Nigeria’s labour market.

According to Donald, “Del – York Creative Academy based on an intensive, hands-on structure, the on-campus training programme will give participants valuable, real-world experience that will prime them to start working to become part of the next generation of game changers in the film and media world.”

Since its establishment in 2010, more than 3,000 interns have undergone Del-York Creative Academy’s high-quality, innovative training and been imbued with the relevant skills to be pacesetters in the fast-evolving and expanding creative industry.

With a new set of international interns scheduled to converge for the training in Lagos, Del-York Creative Academy is purposefully redefining and broadening the creative space in Africa.