Billboard collaborating with Afro Nation has announced the launch of the first-ever Afrobeats music chart in the United States.

The Billboard U.S. Afrobeats Songs chart, which has 50 positions, will begin on March 29, 2022, and will rank the country’s most popular Afrobeat songs based on a weighted formula that includes official-only streams on subscription and ad-supported tiers of leading audio and video music services, as well as download sales from top music retailers. 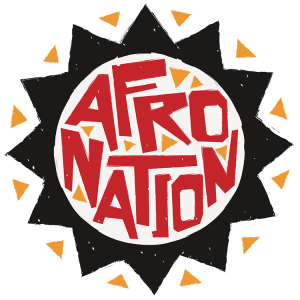 Obi Asika, Afro Nation founder, and Co-Head of UTA London in the press release identified Afrobeats as a global phenomenon that has influenced culture and fashion all over the world, highlighting the genre’s potential for expansion and prospects for rising talents.

“There is still so much more potential within the scene and the community that has grown around it and I believe it is vital that with Billboard we now have a US chart that reflects this growth and provides a platform for emerging artists from every continent to showcase their talent to new audiences,” said Asika.

Over the past year, Afrobeats artists such as Wizkid, Burna Boy, Ckay, Fireboy DML have appeared on not only Billboard 200 but Billboard 100 which is a milestone to have many artists achieve this same feat.

Wizkids ‘Essence’ also made history by becoming the first song from Africa to break into the top 10 on Billboard 100.

“Billboard is excited to collaborate with Afro Nation on the launch of the Billboard U.S. Afrobeats Songs chart,” said Billboard’s SVP of Charts and Development, Silvio Pietroluongo. “As with much of the world, Afrobeats has grown tremendously as a genre in America and we are proud to showcase the top songs and artists with this new weekly ranking.”

With musicians like Wizkid, Burna Boy, and Davido set to appear at their festival in Puerto Rico in 2022, music festival and global Afrobeats brand, Afro Nation is one of the major catalysts of the sound’s rise in the United States. This latest effort builds on Afro Nation’s partnership with the Official Charts Company in the United Kingdom, which in July 2020 issued the Top 20 Afrobeats Chart.