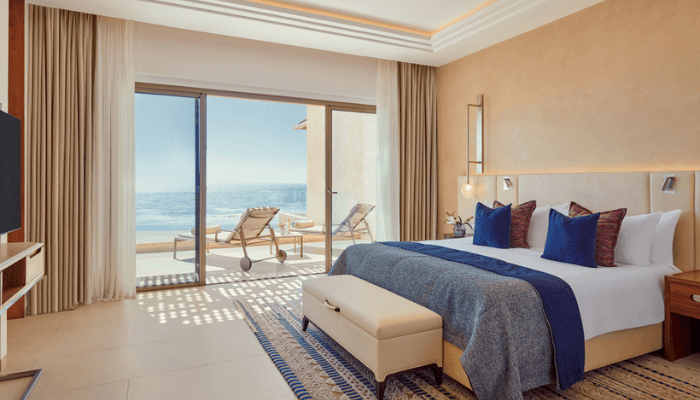 The Africa Hospitality Investment Forum (AHIF) has revealed an impressive speaker line-up for its 2022 conference. The programme features several government ministers, including the chair of Morocco’s tourism development agency, the chair and CEO of Royal Air Maroc and a battery of Africa’s most influential hotel industry executives with the fire power to transform destinations.

The event will also facilitate a by-invitation investment site visit to Guelmim, which has been described by Wanderlust as the “gateway to the Sahara” and “one of Morocco’s best kept secrets”.

The conference programme will see around sixty top executives, investors, bankers, government officials, consultants, and other experts on stage to discuss all the major issues affecting the development and operation of hotels in Africa generally and Morocco specifically.

There will be an exploration of Africa’s best hotel development opportunities and domestic tourism with the chief development officers of Hilton, Louvre, Marriott and Radisson.

There will be a panel discussion moderated by Wayne Godwin of JLL with the principals of four major African hotel investors, Kasada Capital Management, Millat Investments, City Blue Hotels and Risma.

The CEOs of Louvre Hotels, Pierre-Frédéric Roulot and PropCo Selina, Saurabh Chawla, will be quizzed by Nick van Marken on recent lessons they have learnt.

Imad Barrakad, chairman/CEO, Moroccan Agency for Tourism Development, said: “Agadir and the whole southern coast of Morocco have known some tremendous developments in recent years thanks to the guidance of His Majesty the King Mohammed VI as well as all the people who support and believe in the success of this enterprise. I look forward to hosting the global investment community in Taghazout very soon to show them Taghazout’s success story and all the potential and the benefits the region has to offer.”

Matthew Weihs, managing director, The Bench, which organises AHIF, said: “I am optimistic that this year’s AHIF will spawn a high number of new deals – for the following reasons. We are meeting in person for the first time in three years; we are visiting a destination that offers outstanding potential, not only the gateway to the Sahara but also miles of virgin coastline looking west over the ocean; we are being welcomed by a country that really understands the value of tourism; we have a high concentration of major players with the fire power to transform a location; and we have an event format that will facilitate an exceptional amount of productive networking in both relaxed and formal settings.”

Delegates attending AHIF this year, which takes place from November 2-4, 2022, at the luxurious Fairmont Taghazout Bay, are encouraged to enjoy the resort over the weekend as The Bench, the event’s organiser, is offering post-event weekend packages involving golf, surfing, yoga and other activities to entice delegates to bring their partners and extend their connections in a highly convivial atmosphere.