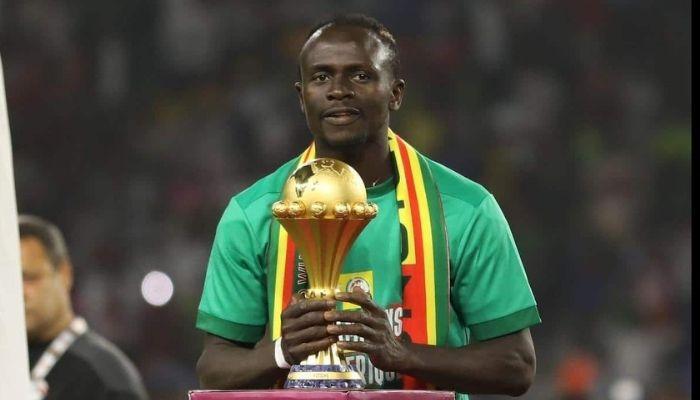 Senegal’s triumph in Cameroon which broke their AFCON’s jinx to win the most important continental trophy emphasises the importance of perseverance, patience, humility, and trust in local coaches. Since the African Cup of Nations(AFCON) debuted in 1957, this will be the first time, Senegal, a West African country of about 18 million inhabitants, had a taste of victory at the tournament.

Before the last edition of AFCON which the Teranga Lions of Senegal eventually won, Senegal had reached the semi-finals of the tournament five times and they lost three times in 1965, 1990, and 2006. Not only that, but the Teranga Lions of Senegal also lost the third-place matches on those occasions to Ivory Coast, Zambia, and Nigeria respectively.

On the two occasions, the Teranga Lions of Senegal won their semi-final matches, they lost at the final to Cameroon in 2002 and Algeria in 2019. It was at the 2021 edition hosted by Cameroon that the jinx was broken.

The personalities that contributed to Senegal’s success

He was once a player and the closest he got to the AFCON trophy was in 2002 when as a member of the Teranga Lions at the 2002 AFCON tournament, they got to the final but unfortunately, Senegal lost during the penalty shootout to Cameroon.

By late 2012 through early 2013, Cisse was appointed as the manager of Senegal’s Under-23 team. Convinced he was the right man, the Senegal Football Federation appointed him as the manager of the senior national team, the Teranga Lions, in March 2015, and has overseen 71 matches to date, with his team scoring 114 while conceding 40 goals.

Sadio Mane
Mane joins other members of the victorious Teranga Lions to write their names in gold. From a village in Senegal, Bembali, specifically, Mane’s footballing career is full of ups and downs. Notwithstanding, he has many laurels to showcase as his achievements. Currently playing for Liverpool, his market value is put at 80 million euros and his contract runs into 2023.

With a $100,000 weekly wage, Mane is not the highest-paid player in Liverpool Football Club. Regardless, Mane has a large heart. In 2021, Mane donated $693,000 to build a hospital in his hometown, Bembali, Senegal. According to CNN, his village is 400 kilometers away from the country’s capital, Dakar. He took the bold step because there was no healthcare centre in his hometown.

In 2019, he built a school in his hometown worth $350,000. These aside other philanthropic acts to the people in his hometown and environs, filling the gap created by lack of government presence.

He currently plays for Chelsea, one of the leading football clubs in the English Premier League, Europe, and in the world. He joined Chelsea FC in September of 2020 for a five-year contract, after the payment of about £22 million to Stade Rennais, and has since stamped his feet firmly in the club’s first team.

His market value according to Transfermarkt is put at about 32 million euros. Mendy has won the Champions League with Chelsea, EUFA Super Cup, and African Cup of Nations. His current weekly wage with Chelsea is $52,000.

Past winners of AFCON
A total of 15 African countries have won the 33 editions of AFCON which were hosted by 21 countries. The maiden edition in 1957 was hosted by Sudan in which only four teams participated. It was won by Egypt, which defeated Ethiopia in the final while Sudan beat South Africa for the third-place position. Egypt hosted the second edition in 1959 and won it, while Ethiopia hosted the third edition in 1962 and won it as well.

Egypt has won the AFCON tournament seven times, the golden age which was 2006 to 2010 when the Pharaohs of Egypt, coached by Hassan Shehata won three consecutive editions. Egypt came second, third, and fourth three times each between 1957 and 2021.

Nigeria has won it three times, in 1980, 1994, and 2013. In 2013 when Nigeria won it, an important record was established in the sense that, Nigeria’s coach, late Stephen Keshi won the AFCON tournament as a player and a coach, and he became the second African to set such a record after Mahmoud El-Gohary of Egypt.

Other countries that have won AFCON trophy include Ivory Coast (2), DR Congo (2), while Tunisia, Sudan, Senegal, Ethiopia, Morocco, South Africa, and Congo only won it once.

By regional distribution of the AFCON winners, North Africa surpasses other regions with twelve trophies to their credit, and Egypt contributed immensely to that feat. The West African sub-region comes next with ten trophies, and it is followed by the Central African sub-region with eight trophies. The southern African sub-region won it twice while East Africa won it only once.
Improvement in sponsorship deals.

There has been a gradual improvement in the prizes given to AFCON’s participating countries and eventual winners. In the 2013 and 2015 editions, the winner was given $1.5 million, runner-up, $1 million while other semi and quarter-finalists received $0.75 million and $0.6 million respectively.