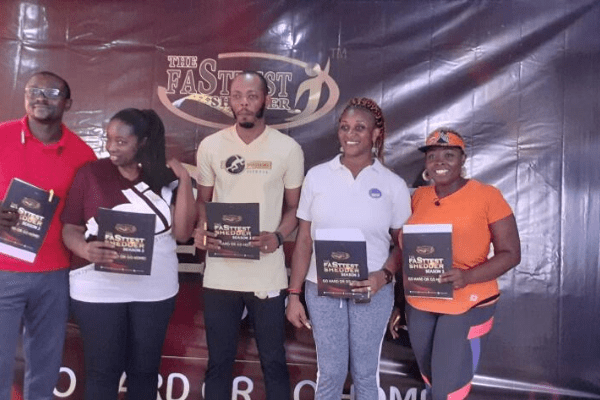 In a bid to promote fitness and a healthy lifestyle among Nigerians, Shedams has launched its season 3 of Nigeria’s first weight loss TV reality show called the FaStest Shedder.
The reality show is created to enlighten Nigerians on the benefits of incorporating fitness and healthy living habits in their daily lives with a special focus on individuals who desire to lose weigh in the right and safe way.

“Our objective is to create a unique social-oriented platform where contestants, viewers can be educated and also get tips on fitness and healthy living,” said Seyi Olusore, founder of Shedams said during the launch.

“Also, they will share their weight loss stories; get support and encouragement from professionals, hence encouraging fitness and healthier eating habits in Nigeria and Africa at large,” Olusore said.

He noted that the TV reality series in its 3rd season intends to be a life-changing adventure with fitness and wellness for participants and experts who are set to ensure that contestants achieve their fitness in a careful and safe environment via recommended diets and exercise routines.

He added that owing to the success of season 2 and level of awareness created in some African countries such as Tanzania, Ghana, Lesotho, Cameroon, Botswana, and Congo, Shedams decided to make the faStest shedder SEASON 3 a Pan-African show, giving opportunities to foreigners to participate.
Olusore stated that the overall winner will have a car as a cash prize and other consolations prizes. The 3rd edition has already kick-started with audition last weekend. He appreciated Three Crown Milk, the headline sponsor and other participants for their support to make the show a success.
The TV reality show will run for twelve weeks and expected to end in March 2020. A total of 10 contestants will be selected from the auditioning and housed in an undisclosed location for 90 days.

All their activities will be aired weekly on Vox Africa UK, Waptv, RaveTv and Pop Central Tv among others.

Speaking also during the launch, Madey Adeboye, chief executive officer (CEO), Green Circle House Realty Food Café said that the program proves that Nigerians can do anything they set their minds to do and that there are untapped talents who are passionate about their health waiting to be discovered.

“Each contestant starts with a weigh-in, to determine his/her initial statistics, which will serve as the baseline for determining the overall results. The fastest shedder is determined by the shedder who has the highest percentage weight loss relative to her initial weight,” Adeboye said.

He stated that the participants will be enlightened, re-orientated on meal plans and healthier food options, noting that it will be enforced all through their entire stay in the show.

Waiting for Buhari on NDDC’s new board

NAFDAC clarifies circumstances behind death of pupil who consumed Albendazole

How to leapfrog health systems in Nigeria

NAFDAC clarifies circumstances behind death of pupil who…