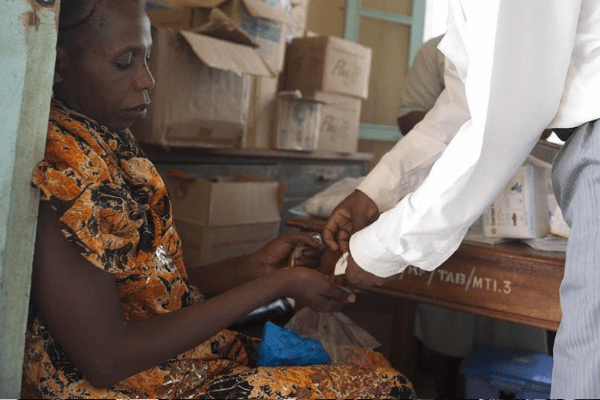 Share
Compared to what obtains in even neighbouring African countries, Nigeria’s health care system is a laggard. And it will take deliberate government measures to lift the sector in the country. This sore state shows in virtually all relevant health care indicators.
The 2018 Health access quality (HAQ) index, which measures the quality and accessibility of healthcare based on 32 causes of death which is preventable with effective medical care, ranked Nigeria 187 out of 195 countries, beneath Egypt (64th), Kenya (112th) South-Africa (119th) and Rwanda (173rd).
Similarly, the 2018 World Health Organisation (WHO) data on life expectancy at birth (total years), which captures how long, on the average, a new-born baby is expected to live given constancy in death rate, ranked Nigeria 178 out of 192 countries. Total life expectancy in Nigeria, according to the data, stood at 55.2 years, below Rwanda (68years), South Africa (63.6 years), Kenya (66.7 years) and Egypt (70.5 years). Nigeria’s life expectancy is tangibly below the average across the whole continent, which settled at 62.5 years.
Nigeria also performs worse than most African countries on infant mortality rate. For instance, data from the World Bank show that in 2017, about 65 infants below the age of one died for every 1000 live births recorded in Nigeria, ahead of Kenya (33.6), Rwanda (28.9), South-Africa (28.8) and Egypt (18.8).
Data on death rate, crude per 1000 people for 2016, published by the World Bank, which showed that Nigeria recorded the highest rate among peers at 12.5, followed by South Africa (9.8), Egypt (5.8), Rwanda (5.8) and Kenya (5.7).
Nigeria’s health expenditure per capita, which stood at $215, is also significantly below South Africa’s ($1,086) and Egypt ($495), but higher than that of Rwanda ($143) and Kenya ($157).
Budgetary allocation to health sector in Nigeria is a far cry from 15% recommendation of the World Health Organisation. The Federal Government plans to allocate N315.62 billion to health in 2019, which is just 3.6% of the budget.
Two months ago, Isaac Adewole, minister of health, announced that 60 million out of the country’s estimated population of about198 million suffer from mental illness, implying that about 30% of the country’s populace are mentally ill.
Therefore, health, being a critical component of human capital development, needs to be given it pride of place, since only a healthy nation is a productive and progressive nation.
The poor state of health care system in Nigeria is greatly attributable to the dearth of health personnel, migration of health staff to other countries, poor infrastructure and lack of effective coordination between Federal, State and Local Governments, says Doyin Odubanjo, a public health expert commented.
“We are not getting the recommended funding. We also have leakages, which is a similar trend in other sectors. What we have is not enough and yet not effectively utilized. This is a double problem,” Odubanjo explained.
This poor state of healthcare will linger poor as long as government remains negligent, says Odubanjo. “I am not optimistic,” he notes. “You only become optimistic if the problems are sincerely and visibly addressed. I have not heard the government talking about them.”

Wriggling through the prowling hands of ‘Lagos hustlers’

Dispassionate answers to the throbbing of my heart

To get pregnant, you should know about ovulation

Taraba Assembly passes vote of confidence on Gov. Ishaku amidst calls for impeachment.

Group calls for entrenchment of internal party democracy in Nigeria

Dispassionate answers to the throbbing of my heart