How ‘Jolly Phonics’ can fix learning imbalance in Nigeria 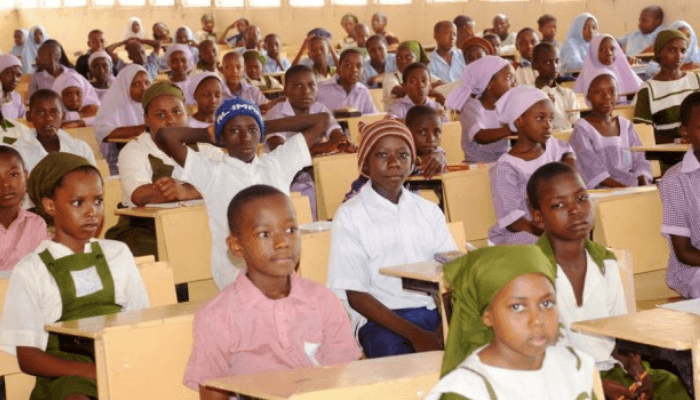 There is a paradigm shift in the concept, purpose, and delivery of education. Education at both the basic and higher levels has undergone tremendous change since World War II. The shift is from teaching to learning.

Joāo Pedro Azevedo, an education researcher, and his colleagues estimate that in the very poorest countries of the world 90percent of children are not able to read with comprehension when they reach the end of primary school.

These researchers say many primary and secondary schools do not live up to their promises because in many of such schools children learn very little. Many of these children are not adequately exposed to learning as they ought, though some do eventually learn how to read, however, the problem of poor learning persists.

Shola Thomas, a senior lecturer at the University of Lagos explained that a child may not be able to cope with a particular subject for some reasons, but that does not mean he or she is not learning.

“There is no particular teaching method that is the best; a teacher is expected to use various methods to get the best out of a child. What we need is a ‘chameleon-teacher’ who will be able to adapt as the occasion demands,” she said.

However, Elizabeth Ohaka, an early childhood educationist believes that the problem of imbalance learning can be fixed even in Nigeria by the use of Jolly Phonics teaching programme, especially at the early learning stage.

“Jolly Phonics is a tested, proven, and trusted programme from the United Kingdom. It’s been used in several countries and millions of children have used the programme successfully, over 100 countries are using it and still counting.

“And because children are having fun, they are the relaxed hearing stories. They’re singing a song, and are making actions. Hence, it follows the principle of learning among children, which is that children learn best through the play way method.

“The programme has raised the literacy levels in Nigeria, though we still have a lot of work to do,” she said.

The Universal Learning Solutions (ULS), a United Kingdom-based social enterprise, in partnership with Universal Basic Education Commission (UBEC) some years ago began a training programme for young teachers aimed at improving reading and writing among school children in Nigeria.

The programme ‘Jolly Phonics’ is a training workshop for teachers to be able to teach the modern learning mechanism that helps children learn to read and write through a systematic programme.

The programme is a fun way of teaching children to read and write. It is fun, it is multi-sensory. And it is an active learning approach

According to Gary Foxcroft, the chief executive officer, ULS, the nationwide training is aimed at exposing participants to how best to read and write.

“So many schools usually dwell on 26 sounds and then from that point they miss it, because the English Language has about 46 sounds and in Jolly Phonics we teach the 44 sounds, so alongside this 44 sounds, we use story, action, and song for every sound as we teach the children.

“The aim is to learn the context of the sentences and stories to help master the nuts and bolts of literacy. Jolly Phonics pulls the words apart into sounds before blending them into the whole word. The idea is that children will then begin to automatically blend their phonemes. It is fun, quick, multi-sensory, and effective,” she said.

The Jolly Phonics trainer explained that it will address the dearth of reading amongst many Nigerian children by the funs it brings to learning.

She reiterated that it is the ideal method because it embraces independent research which has helped the programme achieve outstanding results around the world.

This style of learning according to her continues to revise and extend children’s phonic knowledge; flexible and easy to implement in school and developed by teachers for teachers.

“Under Jolly Phonics, children are taught 44 letter sounds, which is a mix of alphabet sounds (1 sound – 1 letter) and digraphs (1 sound – 2 letters), and using a multi-sensory approach each letter sound is introduced with fun actions, stories, and songs.

“When reading a word, they recognise the letters and blend them into the respective sounds; when writing a word they identify the sounds and write down the corresponding letters. These skills are called blending and segmenting. These are two of the five skills that children need to master phonics: Jolly Phonics teaches the letter sounds in 7 groups of 6 letters at a pace of 4-5 sounds a week. Children can start reading after the first group of letters have been taught and should have been introduced to all the 44 letter sounds after 9 weeks at school. Typically, children will learn how to form and write the letter down at the introduction of each letter sound, during the lesson.

“However, there are some tricky words with irregular parts which children had to learn as exceptions to the rules of phonics. These common tricky words are introduced early in the year to increase reading fluency.

“Alongside these skills, children are also introduced to the main alternative spelling of vowels. These five skills form the foundation that children build on with each year of grammar teaching.

“With increasing research all over the world on Jolly Phonics, there is evidence that results made by children using this method far exceeds that of children not taught using a synthetic phonics approach. It is also effective across the ability range, of both male and female students; as well as those with English as their second language,” Ohaka noted.

Learning is foregrounded and focused and teaching is expected to be a process of facilitating learning. As a consequence, a teacher is decentred but not marginalised. At the same time, a learner is placed at the centre but not deified.

Learning has also been redefined as the process of skilling students and empowering them with knowledge and not mere information and teaching as facilitating learners in the process of learning.

Parents look for educational institutions which assure them of quality education even though different stakeholders develop and maintain discourses on quality in education from different perspectives.

Nigerians have always held teachers in high esteem and with reverence to the extent that they occupy a position next only to mother and father.

Teachers are deified for the simple reason that they ‘open’ the eyes of students to wisdom and knowledge which are always viewed as empowering tools socially, intellectually, and occupationally.

Reflective teachers’ practice reflective teaching and they think over what and how they teach and learn. It is their personal tool to observe and evaluate what they do or fail to do in class. It supports the development and maintenance of expertise, the ability to reflect on their own actions as a way of engaging in the process of continuous learning. Hence, quality teachers are naturally great teachers.

Effective learning can be achieved through four learning styles: learning by being shown, by being told, by constructing meaning, and be joining a knowledge-generating community. It all depends on quality teaching.

It is important to stress that there is no single recipe for excellent teaching and that different schools, operating in different cities and cultures, will have strong traditions that should be respected. However, there is a growing, evidence-based consensus that a certain number of powerful practices and approaches help learners fulfil their potential and be prepared for modern life.

Maybe, just maybe, the federal government could consider the use of Jolly Phonics, especially for those educationally disadvantaged states instead of the incessant use of dichotomy in fixing cut-off marks for unity schools.