The World Bank defines its mission in two ways – to end extreme poverty and to increase shared prosperity. With education a proven way to increase income for individuals and prosperity for whole societies, one way the Bank seeks to fulfill that mission is to seek out, support and invest in programs which transform education outcomes. And one African solution is clearly a favorite.

The Edo Basic Education Sector Transformation (EdoBEST) reform program has been radically improving Edo State’s basic education system since 2018. The initiative was introduced by Godwin Obaseki, the Edo State Governor, to counter the high number of out-of-school children and the exodus of young people with poor education outcomes in search of unskilled employment.

Almost from the start, EdoBEST has garnered praise domestically and internationally. In Nigeria it has been singled out, playing host last year to state and national education leaders keen to learn more about its success. That success is built around a measured and drastic improvement in learning outcomes, with early results showing EdoBEST pupils learning in a term what other children learn in a year.

Global institutions, such as the United Nations (UN) and the World Economic Forum (WEF) have praised Edo State’s holistic approach to improving learning outcomes. But the World Bank has been especially supportive, both in praise and in financial backing.

In November 2020 it launched its Accelerator Program to improve foundation learning, by offering support to clearly successful initiatives. EdoBEST became the only sub-national program in Africa to receive backing.

According to Jaime Saavedra, Education Director of the World Bank, Edo State is setting a great example for others seeking to improve their education systems.

“I want to highlight three aspects of the EdoBEST programmes that show its output and its potential; firstly, its expanded use of technology, second the understanding that technology on its own is critical but not enough, third Edo has been very fast at adapting to the reality of COVID-19”, Jaime Saavedra, Group Director, World Bank Education

Hawkins congratulated Edo State for building a public-private partnership that he believes essential to secure innovation and knowledge that only private organizations can offer to the public sector.

A technical partnership with NewGlobe has supported the deployment of new adapted pedagogy and technology in Edo State’s education system. Coaching teachers and school staff has supported the delivery of high-quality lessons through digital learning platforms, resulting in increased learning gains.

The World Bank is keen on evidence-based strategies, an approach EdoBEST supports by gathering real-time information from classrooms while providing adaptive learning at the right level at the same time.

“The challenge of countries is to implement systemic solutions to the education problem. The pandemic impact has been massive, a shock that requires an intervention that covers the complete education system. This is why the use of data first is critical, and then the use of interventions that can be scaled up.” – Dr. Saavedra has also said.

EdoBEST was applauded by The World Bank during the COVID pandemic, as the program that secured pupils’ lessons during the most severe education crisis of the last century. With the support of EdoBEST@Home, pupils were able to pursue their learning remotely despite the long lockdown measures imposed by governments across the globe.

He further stressed: “EdoBEST in Nigeria was a critical education intervention to respond to the pandemic. It allows us to ensure learning continuity using technology to support teachers and parents. Great to have Edo state as a partner of The World Bank Accelerator Program.”

Tests show that children under the EdoBEST program learn at about 70% of the rate of their counterparts in Europe and Asia. The same review of the average situation in Nigerian schools measured them at about 30 percent, proving the effectiveness of the reform in targeted public schools.

More recently, in November 2021, The World Bank reiterated its appreciation of the EdoBEST reform while its delegation visited one of its public schools. During that visit, EdoBEST’s pedagogy and its impacts were introduced to delegates. They were also given the opportunity to observe teachers’ technical tools, books, and other learning facilitators. Teachers also took the opportunity to show how they use their tablets to record attendance, teach and mark pupils’ assessments.

After three years of EdoBEST success, the EdoBEST 2.0 reform was launched, to expand the program to junior high schools and progressive schools.

The World Bank has become one of the development partners in this new project, providing funding to help finance the education reform and reiterating its confidence in Edo state’s education transformation program.

With strong public support and financial backing, the World Bank has made clear it sees EdoBEST as a winning program, one for others to follow. 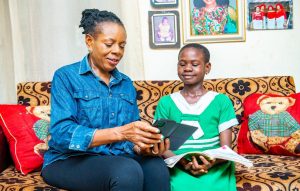 In another development, Edo State Universal Basic Education Board (Edo SUBEB) has reinvigorated EdoBEST@Home to provide proprietary, mind-stimulating lessons to pupils during the holiday. A flagship online learning initiative of EdoBEST, EdoBEST@Home is geared at encouraging learning beyond physical classrooms.

It was first launched in 2020 following the outbreak of Covid-19 to keep pupils learning in an era where all schools were shut because of public health concerns. Its current reinvigoration will further bridge learning gaps by giving pupils additional teacher-pupil contact time during the holiday.

It is important that a healthy balance exists between study and recreation to ensure that cognitive development continues as children are at home for the holiday that is why EdoBEST@Home has been reinvigorated.

Participating pupils will have the opportunity to meet their teachers in WhatsApp classrooms daily. Pupils will receive lessons on the platform, submit assignments and have their work reviewed and corrected.

Parents are to help their children join the classrooms by clicking on links sent to them by Edo SUBEB and permit their children to use their smartphones to access classes. Educational materials are also available on the Edo SUBEB website for free download and use.