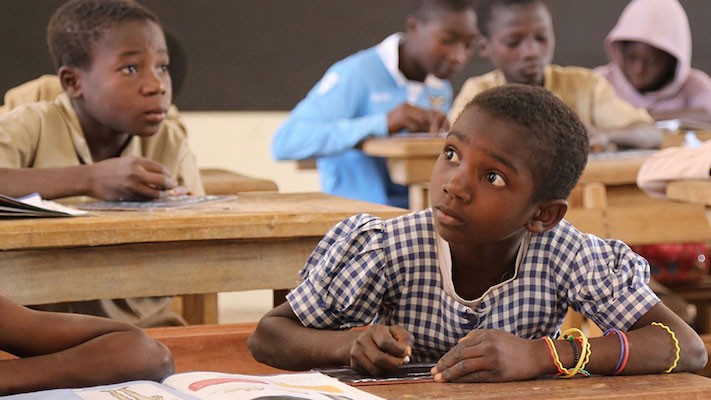 One of the greatest obstacles to the success of Nigeria’s Universal Basic Education obviously, is the weakness of the local government as the third level of government.

Globalisation and international trade require countries and their economies to compete with one another. Therefore, the education and training of a country’s workforce is a major factor in determining how well the country’s economy will perform.

It is with this backdrop that Nigeria’s Universal Basic Education, which is the cradle schooling, draws well-deserved attention. Conversations about the importance of early childhood education (ECE) have been circulating for quite some time. But more and more studies are coming to light, revealing potential learning disparities between students who reaped the benefits of early childhood education and those who did not.

Educators, politicians and parents have become active participants in these discussions as our nation searches for the best educational opportunities for our smallest citizens.

We recall that, in 1999, the Nigerian government introduced the Universal Basic Education, as a reform programme to provide nine years free, compulsory and qualitative primary and junior secondary education to all Nigerian children.

The thinking behind the programme was that no Nigerian child, no matter the location and socio-economic status of the parents, should be denied qualitative basic education. The Act establishing the UBE also mandates every parent or guardian to ensure his/her child or ward attends and completes primary and junior secondary education. The Act delegates the duty of ensuring that this duty is performed to “stakeholders in education” in the local government areas.

The year with the highest enrolment figure was 2013 when 26.2 million children were enrolled in primary schools countrywide.

In 2016, the net enrolment rate for primary schools was 65 percent. This was the share of the country’s primary-school-age children who were actually enrolled in school.

Enrolment in lower secondary schools (forms 1 to 3) was highest in 2014, when just over 6.2 million pupils were registered. In 2015 it dropped marginally, and in 2016 fell to fewer than 6 million.

As of 2018, the gross enrolment rate in elementary schools in Nigeria stood at 68.3 percent. The North-Western states registered the highest figures, with 70.3 percent for males and 71.1 percent for females.

In particular, the states of Katsina and the Federal Capital Territory (FCT) had the highest rates nationwide, whereas Rivers and Zamfara recorded the lowest figures. The gross enrolment rate measures the enrolment rates of scholars of any age, whereas the net enrolment rates refer only to students in the official age of that specific educational level.

The government created the Universal Basic Education Commission (UBEC) to promote uniform, qualitative and functional basic education as well as coordinate all aspects of the programme implementation, and also set up an intervention fund to be accessed by states upon providing their matching grants.

Although the programme ran into legal difficulties soon after, it effectively took off in 2004 upon the signing into law of the UBE Act. But the result has been mixed.

It is sad to note that, though there has been a noticeable improvement in enrolment since the beginning of UBE, the results have been limited and Nigeria’s educational system is still rated poorly in most international rankings.

In our view, the failure of states to place a high premium on basic education has found vent in their refusal to access intervention funds from the Universal Basic Education Commission (UBEC). According to the agency, as of August 31, 2018, a whopping N51 billion was not accessed by states, while as at same date, only 13 of the 36 states and Abuja accessed the 2017 UBE matching grants totalling N18, 008, 804, 569.70.

It is unfortunate that during elections, more states ignore the UBEC intervention funds altogether. States and their governors are more concerned with funding of elections than funding basic education.

This explains why, as of 2015, Nigeria ranked 103 out of 118 countries in UNESCO’s Education for All (EFA) Development Index, which takes into account universal primary education, adult literacy, quality of education and gender parity.

We are therefore suggest to local government education stakeholders that they ensure all parents and guardians comply with the free and compulsory education of children. This is to ensure they are able to perform their function of ensuring Nigeria can deliver on its promise of Universal Basic Education for All. Time to do that is today.