Dash, the top digital currency for payments and local adoption through Dash Nigeria, today announced the launch of a ‘Digital Cash Awareness Drive’ inclusive of distributing over 10,000

Dash, the top digital currency for payments and local adoption through Dash Nigeria, today
announced the launch of a ‘Digital Cash Awareness Drive’ inclusive of distributing over 10,000
copies of Digital is the Cash book across Nigeria, Ghana, Cameroon & Haiti in English and
French languages. 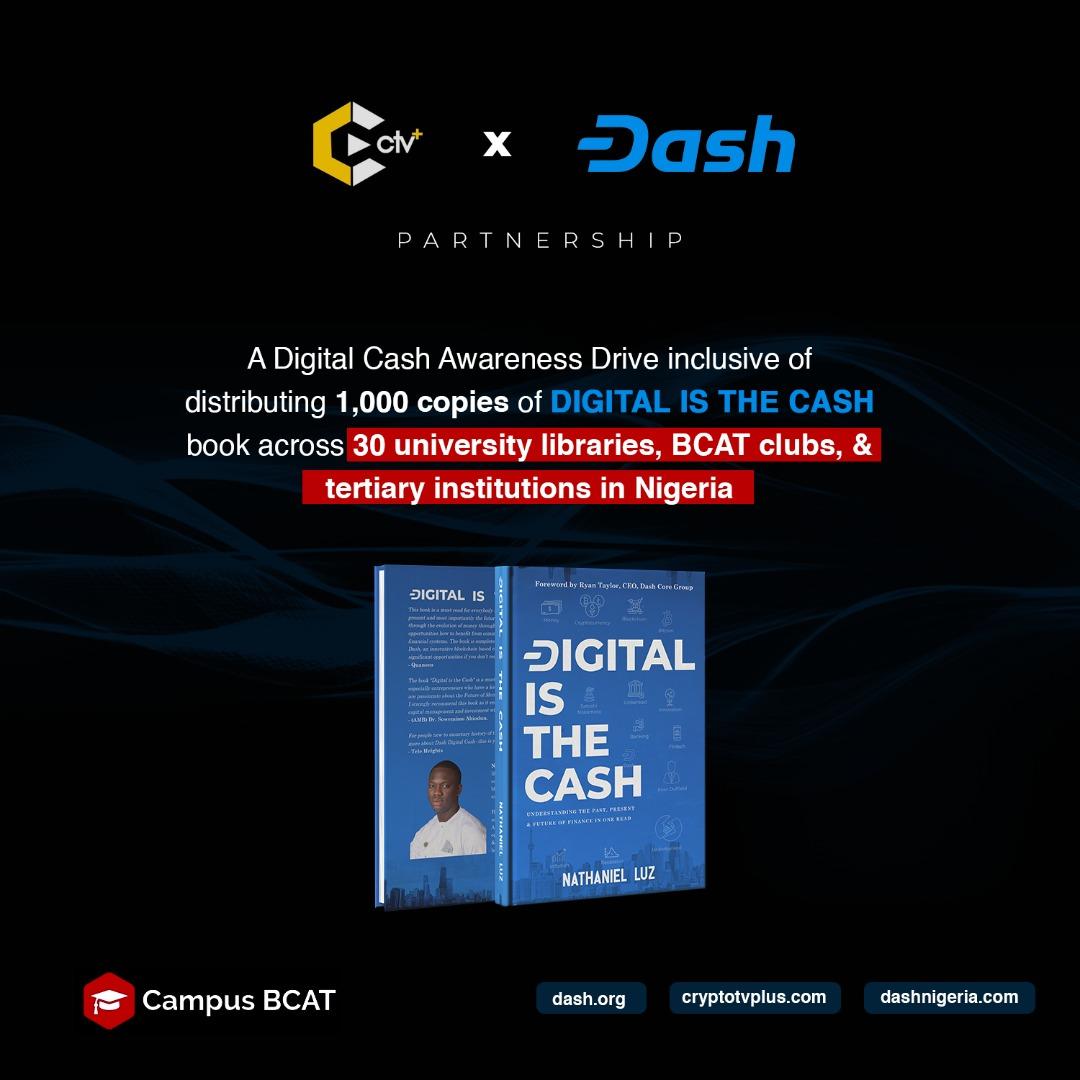 1,000 copies will be donated to the Campus BCAT, a project of CryptoTVplus, to be distributed
across 30 university libraries, BCAT clubs, & tertiary institutions in Nigeria.

Nathaniel Luz, Lead of Dash Nigeria, says this is in a bid to promote the knowledge and
understanding of Digital Cash, in the barest non-technical terms possible to the mass of people.
He said this is the third phase of the campaign with the previous two (2) producing Digital Cash
academy in text and Pidgin English videos.

The book tells the history of money, the global financial system and its failings, fintech
applications, blockchain, and the need for digital cash. It teaches Digital Cash in an
easy-to-understand way while portraying the advantages over the legacy financial system.

According to Tosin Miracy, Director of the Digital Cash Awareness Drive, the campaign is
positioned to give proper awareness and education of digital currencies to the public and correct
some false notions that have earlier prevailed.

“We’ll focus on regulators, financial institutions,student clubs, tertiary institutions and libraries that are accessible to the public. It’s our belief that by donating 10,000 copies worth $100,000 across 4 countries and 2 languages, we’ll increase the reception of individuals and organisations towards digital currencies”.

Miracy also stated that translation of the book into French is ongoing with plans to translate the
book into Spanish other languages in order to reach more nations of the world.
Applications for free copies of Digital is the Cash book can be made here.

Healthy living in Lagos: For the professional always on the move

The Prosumer as a new market force