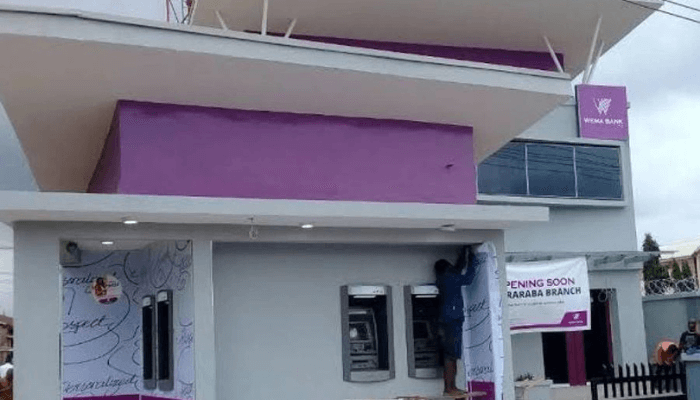 The bank also grew its Interest Income by 55 percent year-on-year, from N32.19 billion recorded in this period last year to N49.75 billion; while its Non-Interest Income went up from N7.64 billion in the period ended 30 June 2021 to N9.85 billion, an increase of 29 percent.

Similarly, Wema Bank recorded a 43 percent increase in Profit before tax (PBT) from N4.30 billion over the same period last year to N6.13 billion for the period under review. The bank’s Profit after tax (PAT) also increased from N3.72 billion in H1 2021 to N5.30 billion reflecting a raise of 42 percent.

Ademola Adebise, the managing director/CEO, Wema Bank, stated that the bank’s investment in technology is responsible for the performance, which contributed to increased customer satisfaction. According to him, the bank grew its loans and advances from ₦418.86 billion to N447.23b in H1 2022, an increase of seven percent.

“Our performance has shown strong and promising results in the second quarter. Customers have continually shown trust in our proficiency, innovation, and service delivery even as the market gets more challenging. That said, I am confident that despite increased volatility and uncertainty, we will continue to scale up, maneuver the environment, creatively manage our resources, and drive long-term, substantial returns for shareholders,” Adebise stated.

Tunde Mabawonku, the chief finance officer, Wema Bank, stated that the strong performance stems from the bank’s diversification of its business and value derived from its digital assets. “This has been a strong first half with Interest Income up 55 percent and PBT up 43 percent compared to H1 2021.

“This strong showing is down to diversification at different levels of our businesses. Also, it is a testament to the advantage of our investment in digital banking assets which have continued to boost customer satisfaction and build trust for us. Also, we are aware of the challenges that the rising cost of living is having on our customers and stakeholders. Given the size of our balance sheet and income growth, we have trust in our ability to continue to provide support and help cushion the impact of growing costs in the market,” Mabawonku stated.