Separatism and its contradictions (1) 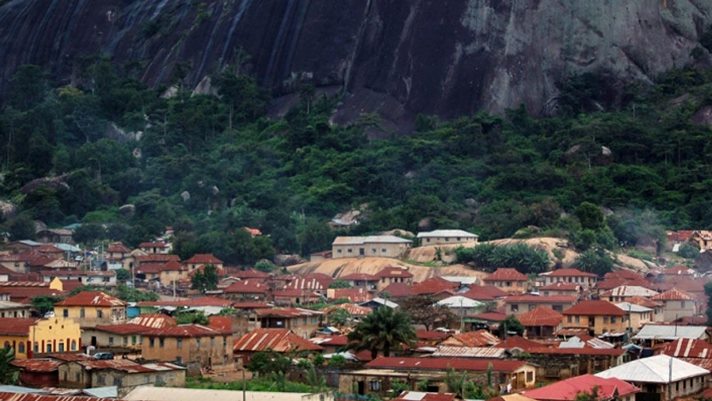 My cue on reality is usually taken from an unusual source. In the course of my stay in Ekiti, there is this family at the gate-house of the Estate where I used to live. What always strikes me is that irrespective of the earth-shaking news of the day, that family is always in its cramped quarters, watching its small television set, and tending to its equally small and tenuous grocery store.

What is being described here was most vivid in the wake of the news that Britain had taken its decision to withdraw from the European Union. All the news networks were alive that fateful morning. As usual, all the pundits and emergency experts were busy pontificating on the implications of Brexit.

As I drove past the gate-house, I took another look at the family. They were in their usual place, carrying out their small business without a care in the world. The immediate effect was to calm me down, wishing I could adopt such chloroformed profile on certain issues.

Incidentally, this cherished family is not alone in this blissful enterprise. Here and there, in various parts of Ekiti land can be found, Igbira settlements. These settlements are more or less flourishing farming communities. And they are so pervasive that they can be found in almost all the major towns of Ekiti State.

As I observe them and in the process, take on the various dins in the land as regards secessionists and separatist passions; I always wondered where these Igbiras would head for, should there be a schism in the land. Now and then however, I interact with them very closely, and what often strikes me is that they are as native to the land as the next Ekiti man or woman. Thus, should the separatists have their wishes consummated, where would this Igbira people head for?

The interesting thing is that much of the above can be replicated across Nigeria itself. Here and there, can be found seemingly alien bubbles all over the country, carrying on their businesses.

And they are doing so, with minimal attention to the largely elite-driven calls for secession and separation. What is being said here can also be observed on the part of those our brothers and sisters who can also be found carrying out their legitimate businesses all over Nigeria.

Dear reader, there are no prizes for guessing the reference here. The Igbos, evidently, are being referred to here. Again, as a perennial student of society, I often come across situations, which arouse my curiosity. And possibly in view of this curiosity, I never fail to follow up on this trait.

So here I was, one fine day, at one of the largest NNPC gas stations in Ado-Ekiti. I noticed that the main language of discussion in the place was Igbo. I subsequently engaged one of the workers about the possibility and reality of Biafra. It was a no, no for him. I pressed on, suppose a Biafra comes on stream, would you not pack up and go home? The response was terse: This is home.

And he quickly walked away, thinking perhaps that I could well belong to one of the country’s intelligence services.

What much of the foregoing has shown is that separatism is not a cakewalk. It is laden with its own contradictions. And the contradictions are such that, at a reflective level, the tendency is to say, let us continue to work on the Nigerian Project with a view to getting a near perfect union. For let us face it, no union is perfect. Since in any case, they are largely human creations.

And talking of contradictions, it is necessary at this point in time to shatter the illusions of those who tend to think that the end of history will come as soon as, say, an Oduduwa Republic comes into existence. There will really be no perfect bliss, if only because a potential Oduduwa Republic is laden with its own contradictions.

These include the fact that within Yorubaland, there are deep historical animosities, which are only waiting to play themselves out in the absence of a Nigeria. One of these is the relatively latent resentment between the Ijebus and Egbas on one hand and the upland Yoruba sub-nations on the other.

As the story goes, such indeed was the hegemony of the former that the uplanders were largely relegated in the scheme of things in the old western region. I caught a sense of this interesting situation from a Professor in the old Ondo State several years ago. He was of the view that in the event of a Yoruba nation, matters would have to be worked out along different lines, away from former times when according to him, his people were largely marginalised.

Again, now and then, one catches a sense of this on social media. On this platform, seemingly anonymous readers put in place articles which, according to them, speak to how an Awolowo under-developed Ekiti and Ondo states. On such occasions, I have to hold myself in terms of my judgment, since I could be numbered as a member of the Ijebu-Egba stock; and to this extent, objectivity would be lacking.

Even then, I usually reason that, contrary to the widely held notion about the homogeneity in the Ijegba phenomenon this is not even so. There is a sharp distinction between the two. However, such are the perils of identity politics that even among the Ijebus, there has since emerged a splinter identity known as the Remos.