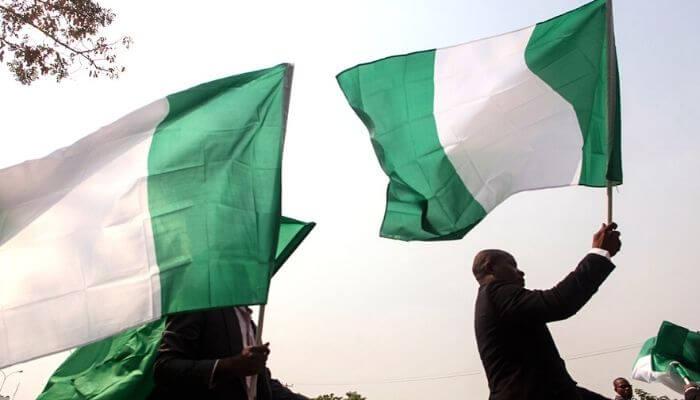 The same newspaper carried another report about Kaduna on its front page: “We sold properties to raise N180 million ransom, bought motorbikes for our children’s kidnappers” – Parents of newly freed Kaduna Students.

Also competing for space was another headline:

The front page of “The Guardian” newspaper of May 30, 2021 was devoted to a big bold headline: “Concerns over alleged re-looting of over U.S. $1.5 billion Abacha booty.”

What awaited readers of “Daily Trust” newspapers on May 30, 2021 was the following piece of shock therapy.

“Following a Daily Trust interview with Yazid Surajo, a young Nigerian who opted to go into scavenging despite having a master’s degree, an Instagram group with more than 200 followers is set to support him to improve his business.

The leader of the Instagram group known as ‘Hausa Room’ told Daily Trust that the group was raising funds to assist the young man to stand on his feet and at the same time create more opportunities for other young Nigerians.

The platform, Hausa Room on Instagram, it was gathered, was purposely opened to discuss contemporary issues and problems facing people most especially, females in Northern Nigeria.

“We want more people to participate in donating so that we will raise at least one million because we only have four hundred thousand at hand”, the platform leader said.

Daily Trust had earlier published the story of Yazid Surajo a young Nigerian with a master’s degree who chose to do menial jobs rather than stay idle, waiting for a white-collar job.”

On November 15, 2021, “The Punch” newspaper delivered yet another scoop on its front page.

“A man simply identified as Abdulateef has been allegedly stabbed to death by his wife after the deceased caught her with a man on their matrimonial bed.

The incident was said to have occurred at 3am on Sunday in Jattu, Etsako West Local Government of Edo State.

The PUNCH gathered that the woman stabbed the deceased to death when he came home at about 3am and met a man with her in their bedroom.

A source said, “The deceased had two wives who use to live with him but he had to rent an apartment for his first wife in a different location to allow peace to reign while staying with the junior one in his house.

“The deceased used to visit the first wife and spend the night there. But the junior wife was said to have been bringing another man to her matrimonial home anytime the husband spends the night in the first wife’s apartment.”

The source said the deceased came home on the fateful night from his first wife’s apartment only to meet a man with his junior wife in their bedroom.

According to the source, the deceased allegedly got hold of the visitor and that in the process, the woman stabbed him twice on his stomach apparently to pave the way for the lover’s escape and make it look like a robbery attack.

The source said the deceased died as a result of the injury before help could arrive, adding that the quick arrival of the police saved the suspect from being killed by a mob while the suspect has been arrested by the police.

Efforts to get a response from the state Police Public Relations Officer, Kontongs Bello, proved abortive as calls to his line were not taken and his messages were not replied.”

The editor of the newspaper could not resist publishing another riveting report.

“Operatives of the National Drug Law Enforcement Agency have seized fresh consignments of cocaine and heroin with a combined weight of 16.85 kilogrammes worth over N4.9bn at the Apapa seaport and the Murtala Muhammed International Airport, both in Lagos State.

The agency said four persons were being investigated for the 13.65kg cocaine seized on board a ship, MV Karteria, that came into the Apapa port from Santos, Brazil, on Sunday, November 7, barely three weeks after 32.9kg of cocaine was intercepted at the port on another vessel, MV Chayanee Naree, also from Santos, Brazil.

A statement on Sunday by the spokesperson for the NDLEA, Femi Babafemi, also said in well-coordinated follow-up operations, no fewer than five persons were arrested in different parts of Lagos and Delta states in connection with the seizure of 3.200kg heroin found on a passenger, Christian Osondu, at the E- Arrival Hall of the MMIA, on Friday, November 5, during the inward clearance of Air Peace flight passengers from South Africa.

According to him, a swift follow-up operation same day led to the arrest of one Onyeka Ude in the Mafoluku area of Oshodi, Lagos.

Ude, the NDLEA said, reportedly confessed that his elder brother, IkennaUde, who was based in South Africa, instructed him to collect the bag containing the drug and hand it over to another person, who was supposed to come from Delta State.

“A second follow-up operation led to the arrest of Abanjo Innocent, who came to Lagos from Delta State to pick the bag containing the drug around Cele Bus Stop, Okota, on Saturday, November 6. He also confessed that he was contracted by one Chinedu Oseki, who is based in South Africa to travel to Lagos to collect the bag and bring it to Agbor Junction, Delta State.

“The third follow-up operation led to the arrest of Ihator Theophilus Isioma at Agbor Junction, Delta State, on Sunday, November 7,” the statement added.

The NDLEA said in Bayelsa State, its operatives on Saturday, 13 November, arrested one Emeka Obeluo from the Anambra West LGA of Anambra State, with 600 grams of heroin.

The suspect, a spare parts dealer based in Douala, Cameroon, had arrived in Yenagoa by waterway to waybill the substance to an undisclosed address in Lagos.

Babafemi also said, “Not less than four suspects were arrested and different quantities of cocaine, cannabis, tramadol and methamphetamine seized from them during weekend raids on Rumuokoro, Elelenwo and Omagwa/Elele communities in Rivers State.

“While 23-year-old Hadiza Ibrahim was arrested on Saturday, November 12, along Okene-Lokoja highway with 54kg of cannabis, one Sunday Nnam aka Idowu, was nabbed same day in the Emene area of Enugu with 45kg of same substance.

“In the same vein, one Umar Muhammad was arrested with 25,700 capsules of Tramadol weighing 15.1kg in TudunHatsi area of Gombe.”

If it was not for real, it would have been a comical scoop. It was actually delivered on the front page of “ThisDay” newspaper on November 15, 2021 courtesy of Engineer Sulaiman Hussein Adamu, the Minister of Water Resources.

“For example, we handed over the Central Ogbia project in 2016. A year after, we went back but we discovered that it was under lock and key. The Federal Government spent N6 billion on that project and we went back and we asked why it was locked up. We were told that the state government was not able to buy chemicals and diesel to run the scheme. It would cost the state government only about N2 million to N3 million a month. And that’s not the only one. There are many like that. Some of them were abandoned because the state would not even provide adequate security. So some of the equipment were vandalised.

Is it the Federal Government that will go and be manning those water schemes? That is not our mandate and we don’t have the wherewithal to do that.”