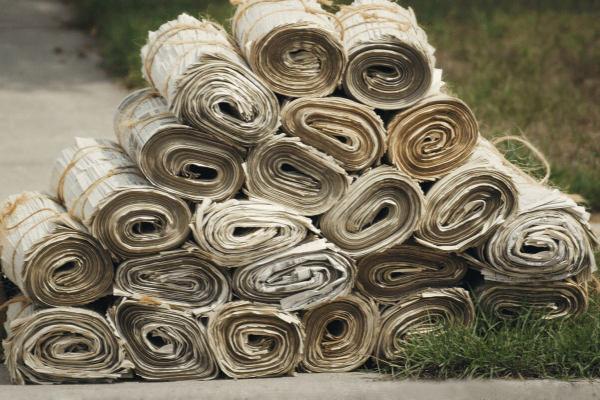 Few people have influenced my career as heavily as Ayeni Adekunle, founder of PR and Marketing agency BHM Group. Ayeni The Great, as he is fondly known started his career as a reporter working at organisations like Encomium magazine and Punch newspaper.

Having established himself as a frontline entertainment and culture journalist with access to many of the biggest names in Nigerian entertainment, he made a career move in the mid-noughties, exchanging the newsroom for an office hosting his own full-service publicity agency.

This move he later explained to me, is a very common one in the media world. Journalists, who tend to be underpaid, underappreciated and openly disliked, often see the world of PR and Advertising as the place where their skills will be valued, and their relative status in the world will rise. Unlike Ayeni, many go a step further and put their research and storytelling skills to work exclusively for political and government entities.

“Journalist” is not a dirty word

The evolution of journalism in this country from a respected professional pursuit into something that many Nigerians actively look down on is a story that has economic and official policy angles in equal parts. To understand how we got here and how to reverse the situation, we have to trace the decline back to its origin – military dictatorship.

Starting with Major General Muhammadu Buhari’s coup in December 1983, successive military administrations went after the vibrant Nigerian news media space because their top (and perhaps only priority) was regime security. By the time General Abdulsalam Abubakar handed over power to a civilian administration in 1999, the Nigerian journalist was a battered, bruised and bedraggled creature who had grown accustomed to living in fear of letter bombs or torture at the brutal Colonel Frank Omenka’s DMI.

Under these circumstances, only a minority of hardy, old-school journalists survived and retained a passion for their profession. Since it was public knowledge that the Nigerian government had declared open war on journalism, the brightest and most ambitious young students instead opted to study courses like Law and Engineering at university, leaving mostly dregs for Mass Communication programs across the country.

Worsening the young talent crisis in journalism was the changing nature of the news media business model which caught the old guard by surprise. Selling advertisement space in newsprint and selling physical newspapers was no longer the guaranteed income earner it once was, as the internet brought hundreds of cheaper competitors with wider reach into the game.

These days, a graduate starting an entry-level journalism position at a typical national daily newspaper can expect to earn between N30,000 and N70,000 monthly. They can also expect this salary to be extremely irregular, sometimes coming up to 7 months late, which comes with implicit encouragement for them to sell media coverage and compromise the ethics of the profession, instead of doing their actual work.

The term “Brown Envelope” has become a slur that – sometimes unfairly – discredits the work and reputation of the entire practise of Journalism in Nigeria. So we have a triple-pronged assault on the most important profession in a democracy – a tradition of open government hostility and intransigence, a dearth of high quality talent due to public perception which spooks bright students and graduates, and a rapidly-changing business environment that poses an existential threat to traditional media practise.

Unlike Ayeni, I made a career move in the opposite direction, starting out in corporate communications, then pivoting to media and journalism. Why did I do it? The answer to this question is not “because I had a passion for it,” or “someone has to do it.” Both of those statements are true, but the real reason I moved from comms to journalism is that there was a real career opportunity there.

By leveraging a solid portfolio of work that cut across print and broadcast media, I created a personal business model that sees me work for a selection of local and international media platforms while remaining independent. I believe that new or prospective journalists need to start thinking similarly and positioning themselves as a business with a dynamic model.

The old media business model which is still taught on Mass Communication programs in Nigeria is dead or dying. No physical newspaper will ever have a daily circulation of half a million copies anymore. Only a tiny handful of legacy media organisations can afford to pay their staff enough to live on and preserve their ethics – and do so on time every month.

New entrants to this space should stop looking for the intern-to-editor-in-a-single-job role that the likes of Dele Giwa once enjoyed. Those days are over. Journalism, however, is still here and can still be practised in a suitably rewarding manner – provided journalists are ready to upskill, benchmark to global best practises, work hard and take pride in our profession.

With a bit of creative thinking, hard work and self-belief, journalists across Nigeria can figure out how to carry out this immensely important job without suffering lack of compromising editorial integrity according to the dictates of political or corporate patrons.

After all, if we don’t do this job, who will?

Why we should not hide from the climate change challenges

Post-Brexit Britain is open for business, Nigeria and Africa must embrace it

The money is on the table, take it!

Succession planning and the role of the board

In my quest to just make a living, i landed myself a career in creating happiness –…

Why we should not hide from the climate change challenges

Post-Brexit Britain is open for business, Nigeria and Africa…

The money is on the table, take it!