Two weeks after blood tests confirmed a link between lead acid battery recycling by Everest Metals Nigeria Ltd is poisoning Ipetoro community in Ogun state, the investigation shifts to foreign car makers who buy lead ingots from the company. When confronted with evidence of the company’s dangerous operations, they rethink their business relationships, write Isaac Anyaogu and Petra Sorge. 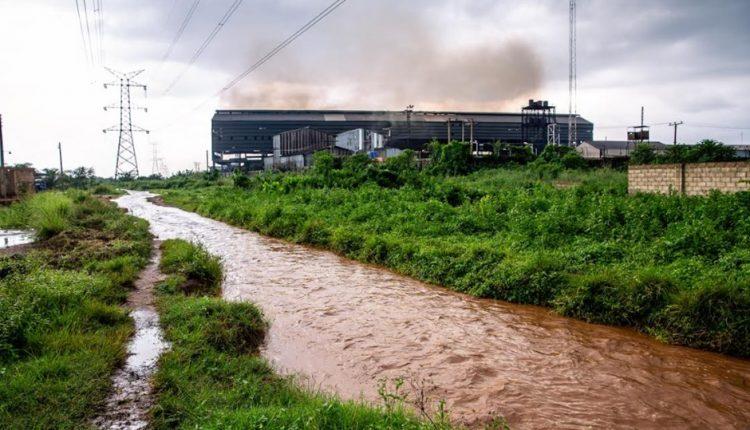 Two weeks after blood tests confirmed a link between lead acid battery recycling by Everest Metals Nigeria Ltd is poisoning Ipetoro community in Ogun state, the investigation shifts to foreign car makers who buy lead ingots from the company. When confronted with evidence of the company’s dangerous operations, they rethink their business relationships, writes Isaac Anyaogu and Petra Sorge.

We decided to confront the buyers of lead ingots from Everest Metals Nigeria Ltd, the company whose lead battery recycling operations in Ogijo is contributing to lead pollution in the community, to understand how companies, mostly car makers, that publishes adulatory sustainability reports would condone what experts refer to as dangerous work practices.

We tracked the final destination of lead ingots recycled from Everest Metals in Ipetoro, Ogijo, Ogun state to car makers in Europe. The company operates as part of the Indian conglomerate, Kejriwal Group, which incorporated Suryadeep International FZC in Dubai, as a sister company involved in the lead business.

Everest Metals ships its lead ingots sourced from Nigeria majorly to WITL Ltd registered in Manchester, UK. Posing as dealers, we contacted Philip Gottlieb, the company CEO who said he gets lead from Nigeria. He said he delivers to Germany through Weser Metall.

Weser Metall, based in Nordenham, Lower Saxony, is part of the Paris-based Recyclex Group and is the third-largest European lead recycler processing over 100,000 tonnes annually. The raw material for the lead paste is mainly sourced from Nigeria. In 2017, it sourced 109,700 tonnes and 2018; it fell to 62,600 tonnes, company’s records show.

Weser Metall is also one of the largest suppliers of US-based Johnson Controls who in turn supplies car makers like BMW, Daimler and Volkswagen. Having established the route through which Everest Metals Nigeria ships its lead, we presented the buyers with proof the company’s poor practices.

Upon receiving evidence of the company’s dangerous operation including secret pictures of unsafe work practices, tests carried out by an environmental non-profit indicating contaminated soil, and results from blood tests conducted in the community, the reactions were fast and furious.

“Johnson Controls was just made aware of the relationship between one of its lead suppliers purchasing a portion of lead from a Nigerian source. We immediately initiated an investigation with the supplier and will take appropriate actions,” the company responded on November 27.

Heike Rombach, international business communications Mercedes-Benz Cars responded on November 27 saying Daimler supply chain is complex, “However, we take your advice very seriously and consider it our social responsibility as a global mobility provider to take immediate action here, even if Weser Metall and Everest Metal Nigeria Limited are not direct suppliers of Daimler AG.”

Matthias Compes, managing director of Weser-Metall wrote on November 27 claiming it was no longer doing business with Everest Metals.

“Weser-Metall GmbH has identified only one of its suppliers based in the United Kingdom, which is owned by Everest Metals Nigeria Ltd. Had related material. We did not engage in direct commercial transactions with this Nigerian company and have not been notified by our supplier of any infringement or misconduct of this company. For your information, we do not buy any more material from this supplier.”

But on November 30 Volkswagen, who gets supplies from Johnson Controls, who in turn is supplied by Weser-Metall, responded, “We were not aware of the connection and business relationship in the 4th stage of our supply chain…We do not accept these violations, and the practices are a clear violation of our contractually-defined sustainability requirements.

“Due to the seriousness of the allegations, an immediate stop of the purchase of lead from the subcontractor in Nigeria was obtained. Until the end of the investigations, Volkswagen will be in constant communication with the main supplier and will be informed about all steps and results.”

Faced with threat to its bottom-line, Everest Metals invited us for a meeting and an inspection of the factory. We agreed to the meeting but the inspection was no longer necessary. On November 24, Vikas Das, the company’s managing director and I met at Mama Cass Restaurant in Palm Grove, Lagos where he presented the company’s side.

Das denied his company was responsible for the lead in the blood of residents of Ipetoro claiming there were other companies around the area also recycling lead batteries and his factory is farther. This is not true; the company is in an industrial area that is right inside the community.

He showed pictures of a tank where he claimed the acid content of the recycled batteries were deposited. He was shown a picture of watery acid content dripping into the community behind the factory.

Das further presented a picture of a borehole project his company was planning to build for the community this December. We confirmed assertion by residents that the project was initiated two years ago and had been abandoned.

“The state does not have the resources to fund the tests, so we paid for it,” Das said in response to a question on how the tests were funded.

OSEPA mandates manufacturing companies to submit environmental monitoring report every quarter but regulation is weak. Residents in Ipetoro remember only two visits in the last four years and after the officials visited the company, they hear nothing again about their complaints.

Everest Metals further presented an exporter registration certificate issued by the Nigerian Export Promotion Council (REF. NO 0003356) valid till 16/02/2020, several receipts of purchases of PPE equipment which were mostly dated between October and November this year and an environmental approval by OSEPA which expired March 18 this year.

Das pointed out that his company only resumed operations in August this year after being shut for most of this year due to lack of batteries.

Andreas Manhart, environmental scientist, at the Öko-Institut, who has carried out audits of battery recycling facilities saw pictures of working conditions taken inside Everest Metals and said, “This is totally improper storage and handling of used lead-acid batteries, an extremely lax handling of occupational safety up to a probably highly contaminated working environment.”

Das was asked for response and he countered, “We provide workers with personal protective equipment but you know workers, some rarely use it. These are receipts,”

In 2011 Das, along with four other officials of the company were arrested in Nigeria for illegal exports of scrap metal. The company boss said it was a misunderstanding.

“Yes, we were arrested and charged to court but the case was straightened out in three days. What happened was, the metals we exported had mud on them and the authorities thought perhaps they contained lead. So they seized the container but when it was tested and clarified the case was dropped. In a few months we were given our license to operate. The matter is over for a long time,” Das said.

Curiously, Vikas Das presented an envelope filled with cash begging that he be ‘assisted’. This was promptly rejected.

‘I challenge the authenticity of your report’

On his part, Vinod Jindal, the managing director of Metalworld Recycling, in Oshodi, whose battery recycling facility had workers without personal protective equipment and had high levels of lead in their, fired an angry mail refusing to accept responsibility.

“If that is report from my factory I challenge the authenticity of your report, and if it is from our warehouse, then you have to tell me from which part of land you have taken a sample. Did you know within the compound there (is) two units working in battery scrap. Moreover the pictures you send of my warehouse some does not belong to us. I expect truthful behaviour at your end about our company.

“If you have taken the soil sample from the gate of our warehouse near the scale you may understand what shall be the result. Check your findings first before to conclude my dear friend of environment,” Jindal said.

Our investigation however, showed his claims are false. Both companies operating from the same vicinity are culpable. Vincent Nwodo, a Nigerian and the head of Battery Recyclers Association of Nigeria, who operates the second unit, admitted their operations could be improved and submitted for the test which indicated blood lead levels of 44.6 micrograms. However, Metalworld has the biggest operation. Soil samples taken by non-profit SRADEV also showed high volumes of lead in the soil.

By December, Everest Metals and its parent company Kejriwal were feeling the heat. Their biggest customers, European car makers were cancelling contracts; banks were calling their loans, and Anil Kejriwal, the global managing director, sent a panic mail.

“Following your mail concerning environmental, health, safety and other issues raised by you, we have taken additional measures to fix all issues in our factory,” Kejriwal wrote in an email sent on December 6.

“We invite you and your team to inspect our facilities at the soonest possible. If any additional corrective measures need to be taken, we will implement the same immediately.

“Our orders from our clients have been suspended in the meantime and this will affect the direct and indirect employment given to hundreds of people of local area in addition to stress on our company to repay bank loans.

“We are willing to make any and all corrective changes in our company so that we comply with all local and international norms. We request your kind cooperation and guidance,” he wrote.

Residents in the community say they were yet to see change. The only change is that the company has shut down its website.

The concluding part of this investigation will highlight the regulatory failures that led to the tragedy in Ipetoro.

This investigation was supported by the European Centre for Journalism and the Bill and Melinda Gates Foundation. Petra Sorge, freelance journalist from Germany assisted with the research for the story.

Dying in instalments: How lead battery recyclers are poisoning Nigerians (Part I)