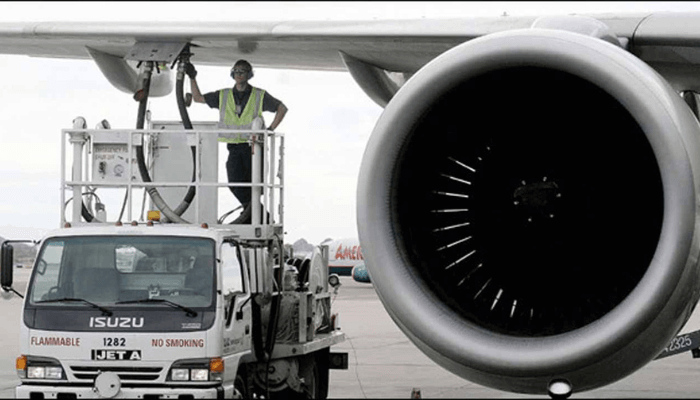 Nigeria is missing in the conversations as countries come up with research, developments, and demonstrations to overcome barriers for widespread deployment of low-carbon sustainable aviation fuel (SAF).

SAF made from renewable biomass and waste resources have the potential to deliver the performance of petroleum-based jet fuel but with a fraction of its carbon footprint, giving airlines solid footing for decoupling greenhouse gas (GHG) emissions from flight.

In a deliberate response to criticism from those who blast global aviation’s contributions to greenhouse gases and climate change, foreign airlines across the world are making efforts to reduce its carbon emissions, as Nigeria seems to be missing in the conversations.

“We do not have any regulation in place or incentives to airlines to reduce their carbon emissions. For example, do domestic airlines have a choice on type of fuel to purchase? I mean sustainable aviation fuel. The answer is also No!

“However, we see airlines such as Green Africa Airways Limited having aircraft types that mimic the likes of Easy Jet and potentially in design and operations has the capability to give a significantly lower carbon emission compared to the other domestic airlines,” Seyi Adewale, chief executive officer – Mainstream Cargo Limited said.

In North America, at the Summit of the Americas early June International Air Transport Association (IATA), in cooperation with Boeing, hosted a roundtable on sustainable aviation with carriers from the region using 100,000 gallons of SAF departing from LAX.

The OneWorld Alliance members will purchase up to 200 million gallons of SAF per year from 2027. Shell, Accenture, and American Express Global Business Travel (Amex GBT) are jointly launching Avelia, one of the world’s first blockchain-powered digital SAF book-and-claim solutions for business travel. It’s the largest SAF book-and-claim pilot at launch, offering around 1 million gallons of SAF.

United Airlines has become the first US airline to sign an agreement to purchase SAF out of Amsterdam’s Schiphol airport.

Hawaiian Airlines and Par Hawaii announced plans to join forces to study the commercial viability of locally-produced SAF. Southwest Airlines announced an investment into the SAFFiRE Renewables startup as part of a Department of Energy-backed project to develop and produce scalable SAF.

On the producer side, Fulcrum BioEnergy announced the completion of commissioning and the initial operations of its Sierra BioFuels Plant, the world’s first landfill waste to renewable transportation fuels plant. Aemetis meanwhile signed an offtake agreement with Alaska Airlines to supply 13 million gallons of SAF over seven years.

In what’s described as a “seminal moment” in the ongoing development and distribution of SAF, in a partnership between SAF producer Neste, Colonial Pipeline, Buckeye Partners, and Delta, the biggest pipeline owners in the US will transport SAF to LaGuardia airport for the first time.

In Panama, a team of energy industry companies led by SGP BioEnergy joined the Government of the country to announce the development of the world’s largest biofuels production and distribution hub.

In Thailand, Bangchak has signed an MoU with Thanachok Oil Light to produce SAF locally. In Australia, The Qantas Group and Airbus will invest up to US$200 million to accelerate the establishment of a SAF industry in the country, in a landmark agreement.

Also in Sweden, Swedish Biofuels and COWI have entered into a partnership to bring 400 000 tons of SAF to the Swedish market while SASOL ECOFT and Sweden’s Uniper have announced a partnership.

Imperial College London is establishing a groundbreaking research institute dedicated to developing clean, safe and sustainable air-travel. In Spain, Repsol and Iberia took another step in their alliance to reduce emissions in the airline industry with the first long-haul flights using biofuel produced in Spain from biological waste.

SkyTeam also launched The Sustainable Flight Challenge, about which airline can operate the most sustainable flight or generate the most significant innovation to further reduce aviation’s impact on the environment.

“Government must provide incentives to airlines regarding lowering their carbon emissions, develop a template for the same and give incentives or be a facilitator of the supply of sustainable aviation fuel and develop long term focused regulation on greenhouse gases.”