COVID-19: MMA2 leads as most prepared terminal to resume operations 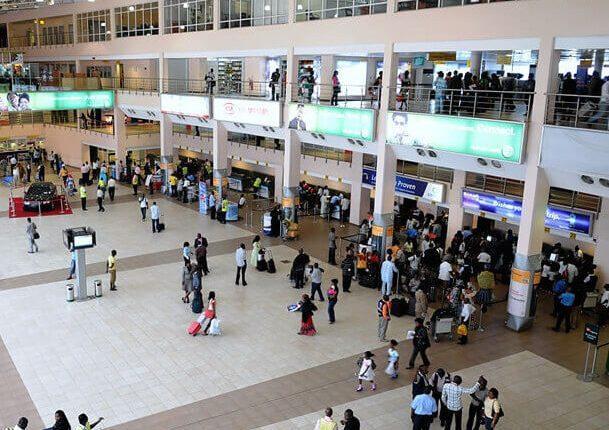 This is coming at a time when operators are making progress to fulfilling stipulated conditions on which premise the regulator would be satisfied to issue date to the Presidential Task Force, PTF on Covid-19 for the resumption of air travel once again.

Musa Nuhu, the Director-General, Nigerian Civil Aviation Authority, (NCAA) gave the commendation when presenting the performance scorecard of all the organisations involved in the preparation to restart air travels.

By the scorecard presented on behalf of the NCAA, DG, Godwin Balang, the General Manager, Airline Operators’ Certificate and Surveillance, revealed that, of all the six terminals designated for the domestic flight initial take-off, the Murtala Mohammed Airport, MMA2, Ikeja, Lagos, managed by Bi-Courtney Aviation Services Limited, BASL, led the pack and other five terminals trail behind.

The scorecard indicated that other airports such as Aminu Kano International Airport Kano, and Nnamdi Azikiwe International airport, Abuja, had all made an appreciable improvement.

While the DG was speaking after the total report was presented, he said that Owerri Airport and Port Harcourt Airports had been a source of worry since the program for the reopening started.

He, however, added euphemistically that “we are that close but we are still far”

The scorecard itemized what exactly were the issues that warranted such an abysmally low score- 40%- of the airports which were procurement of Personal Protective Equipment, PPE, provision of hand sanitizers, body temperature measuring device and disinfection of the facilities, among other things,

Responding, Amisu Rabiu Yadudu, the Managing Director, Federal Airports Authority of Nigeria, (FAAN), contested the score credited to the two airports saying it contradicted information from his managers at the two airports.

He said he was convinced beyond any reasonable doubt that training, which was reflected among open items on the regulator’s scorecard, had already been closed.

He enthused that 100 percent of the workforce for flight operations at the Owerri and Port Harcourt Airports had undergone training.

He however added there were constraints occasioned by the lockdown which made procurement of critical materials very difficult as offices and major sales outlets were yet to resume full operations. These the MD said had slowed down the pace at which his team would have loved to run and close those gaps.

They were reminded to adhere strictly to the manufacturer recommendations as found in the Original Equipment Manufacturer, OEM, of the aircraft for efficient and effective cleaning purposes.

The ground handlers scored 75 percent and the few gaps remaining were those that bordered on the Covid-19, safety protocols.

Former Gov of Oyo, Ajimobi to be buried on Sunday