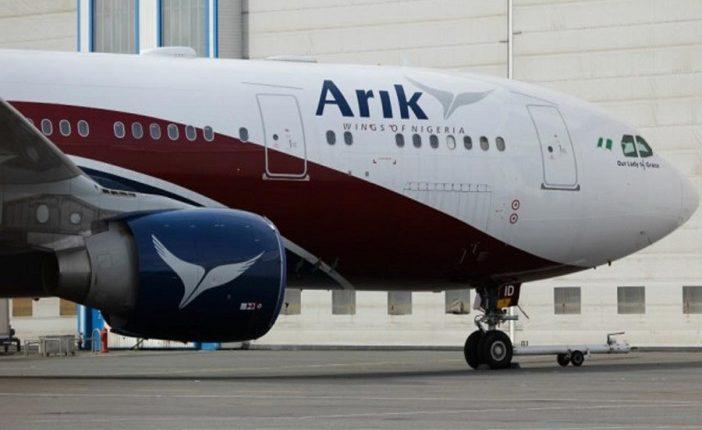 Two unions, the National Union of Air Transport Employees (NUATE) and the Air Transport Senior Staff Services Association of Nigeria (ATSSSAN) have once again directed all its members in Arik Air (apart from Pilots and Engineers) to withdraw all services with effect from 00hrs on 14th September 2020.

This, according to the unions, is in reaction to the airline management’s disposition to continually frustrate its efforts to resolve negotiations of conditions of and sundry matters that caused the planned strike in the first place.

The unions had temporarily shelved their plans to embark on a strike scheduled for 17th August 2020 to allow for further dialogue at the instance of the Honourable Minister of Labour & employment but this seems to have broken down.

A letter titled,” Notice of Withdrawal of Service addressed to all Arik staff read,” Unfortunately and regrettably, the Management of Arik Air took advantage of our peaceable disposition to continually frustrate our efforts to resolve the Conditions of Service negotiations as well as our demand for just and fair treatment for the workers during the COVID-19 period.

“In response, wherefore, our Unions have no choice than to reinstate the notice of withdrawal of services.

“Accordingly, all Arik Air workers (other than Pilots and Engineers) are hereby directed to withdraw all services with effect from 00hrs on 14th September 2020 until the time issues stated above are satisfactorily resolved.”