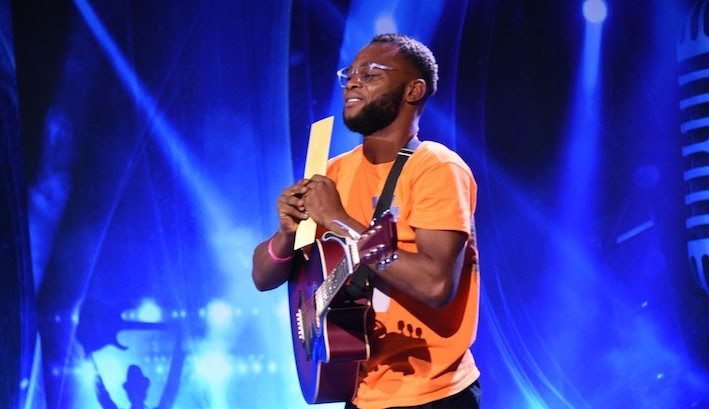 After 4 weeks of excitement, the auditions for Nigerian Idol season 6 came to an end last Sunday night with 14 contestants receiving golden tickets to proceed to the Theatre round.

One of the performances that stood out from last night’s auditions was from Winning, a 22-year-old producer, who performed a self-written song much to the admiration of the audience and judges. Another outstanding performer was Faith Jason. Faith’s rendition of ‘All Time Low’ by Jon Bellion was so good that Seyi Shay stood up to personally hand him a golden ticket and named him one of her favourites this season.

Some contestants had a night to forget as they were unable to impress the judges. Mufidat’s performance fell short of the judges’ standard as she was visibly nervous throughout her performance and Virginia, a professional singer was also let down by her voice.

Over the past four weeks, viewers from across Africa have witnessed many talented Nigerians auditioned to earn a place in the next round of the singing competition. 68 of these talents will proceed to the theatre week next Sunday, where they will battle each other to prove they have what it takes to make it to the next stage for the live shows.

A taste of refreshed offerings at Radisson Blu Anchorage