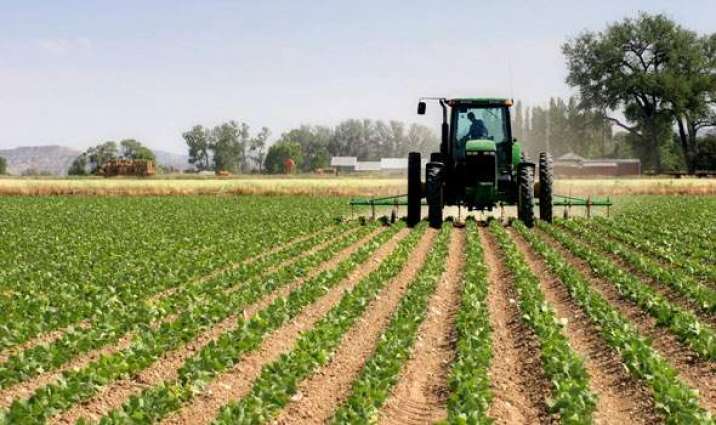 Low level of agricultural mechanisation on farms across the country has continued to limit the capacity of farmers to expand their cultivation areas, perform timely farming operations, and achieve economies of scale in food production.

Stakeholders in the sector stated that for the country to attain a high level of food sufficiency and reduce dependency on food imports, it had to improve the level of agricultural mechanisation.

Available statistics show that Nigeria is one of the least mechanised farming countries in the world with the country’s tractor density put at 0.27 hp/ hectare which is far below the Food and Agriculture Organisation (FAO)’s 1.5hp/hectare recommended tractor density.

“Mechanisation is a very critical issue and it must be at the center of the country’s food security plan,” said AfricanFarmer Mogaji, CEO of Xray Consulting.

“If farmers continue to use crude equipment, their poverty can never be eradicated. Farmers need to farm and harvest their produce using mechanisation to boost their productivity and profits, thus, impacting their livelihood,” Mogagi said.

He noted that young people will only find agriculture attractive when it becomes fully mechanised and take it up as a profession.

With the continual drift of the young population from the rural to urban centers in search of white-collar jobs and away from the drudgery of manual farm labour, self-sufficiency in food production is becoming a herculean task.

“Currently, more than 70 percent of farm labour is provided by human power; over 20 percent is provided with draft animal power and less than 10 percent by mechanical power,” Elesa Yakubu, national president,

In Nigeria, a significantly higher proportion of the farming area is still cultivated by hand tools. The International Food Policy Research Institute (IFPRI) reckons that Nigeria is still at the early stage of agricultural mechanisation. But experts acknowledge that mechanisation of power-intensive operations has been slow.

When by the Food and Agricultural Organisation, Nigeria had only 30,000 tractors.

African largest economy is currently adding 1,000 new ones each year, which is still not considered sufficient in replacing the aging, worn out, and broken down ones, the government says.

This means on a per capita basis, Nigeria ranks 132nd out of the 188 countries worldwide measured by FAO / United Nations in terms of the number of tractors in the country.

But, it is not that Nigerian farmers are not interested in using mechanisation; they are faced with some challenges that limit their use.

Ademola Adefemi, who runs a 10-hectare of maize and cassava in Ogun State said, “I love using tractors for tilling the land and ploughing but most times it is difficult to get it on time because other farmers want to hire it too. The few tractors we have are not given to farmers because government officials prefer keeping them instead of leasing it out to farmers.”

The Federal and State governments try to provide tractors to farmers under different agric mechanisation schemes but most of the efforts are being frustrated by civil servants, who ensure such schemes never benefit ordinary Nigerian farmers.

“Recently, I visited a government office for tractor hiring and I discovered that there were 17 tractors that have not been used. Only two tractors are being leased to farmers and I had to queue for three weeks before I could hire a tractor,” Adefemi.

He noted that it is very challenging because most farmers depend on rainfall for their cultivation which is time-bound.

Iceland with a population of 364,134 people has more tractors per hectare of cropland than any other nation in the world.

They have 37.2 tractors per 1,000 people, while Nigeria has 0.223. This means that Iceland has almost one tractor for each farmer and 166 times more mechanised in their farming than Nigeria – Africa’s most populous country.

Nigeria needs a minimum of 746, 666 tractors equipped with tillers and other support gadgetry to sufficiently mechanise agriculture going by best practices, according to the Ministry of Agriculture.