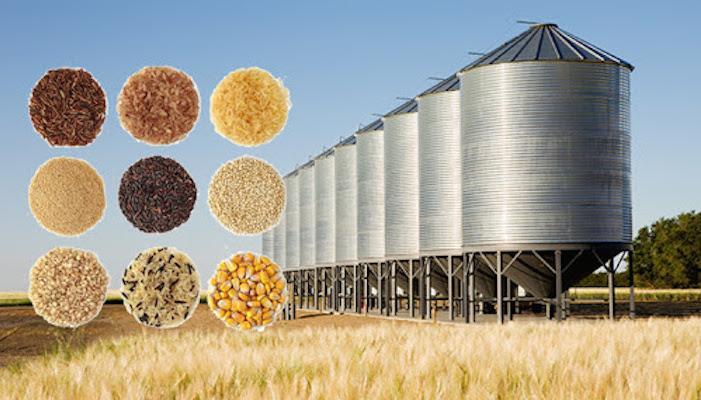 Last month, BusinessDay reported Nigeria only had about 30,000 metric tonnes (MT) of grains left in the strategic grains reserve, a situation that made the country susceptible to hunger crisis in the event of any severe disruptions to the country’s food system. On September 3, President Muhammadu Buhari through his official twitter account, @MBuhari, tweeted “To ease the current high cost of poultry production, I have approved the release of 30,000 tons of maize from the national reserves, to animal feed producers.”

This followed 70,000MT of grains ordered for release earlier in the year as palliative during COVID-19 lockdowns across the country. Taking the President’s recent directive at face value, the implication is that the 30,000 metric tonnes of grains left in the country’s food reserves would be depleted. However, there is also a snag, as informed sources say the 30,000MT left is a combination of different grains and not only maize that was seemingly approved for release to poultry farmers. This release itself had followed protests by the poultry farmers over a forex restriction on maize importation that would have hampered availability of the major raw material in feeding their livestock.

Kabir Ibrahim, national president, All Farmers Association of Nigeria (AFAN) said in a phone interview that while the President’s statement may have read 30,000 tonnes, it must have been an honest error instead of 5,000 metric tonnes of maize approved for release to poultry farmers.

“The 30,000 tonnes left (in Nigeria’s food reserves) is not only maize, rather a variety of things so he could not have approved 30,000 MT of maize. This is common sense, let us not bother that it is his handle, which someone may be handling for him,” said Ibrahim who also noted the figures only need to be publicly corrected.

However, two weeks after President Buhari’s statement, there has been no indication there was any mistake, as not only has it remained available to the public; no correction has also been done. This could imply depletion of Nigeria’s food reserves at a time farmers are struggling to boost productivity in the face of myriads of challenges limiting their abilities. From the COVID-19 restrictions that affected not only movement of farmers, but also inputs such as fertilisers and seeds, to floods in the North and dry spells in the South, it has not been the best of years for agricultural output in Nigeria.

If indeed the President’s order were accurate as captured in his initial statement, it would not be the first time in Nigeria that the Federal Government had to draw down its grain reserves.

A PwC report in June on ‘Responding to the impact of COVID-19 on food security and agriculture in Nigeria noted that in 2009 a total of 78,000MT was distributed out of the available 85,000MT. In 2011, purchases were ordered to replenish the stock while the remainder was distributed that year, leaving no grains in storage.

The situation at present is even direr as 86.4 million people in Nigeria face moderate or severe food insecurity according to this year’s State of Food Security and Nutrition in the World, an annual flagship report jointly prepared by FAO, IFAD, UNICEF and WFP.

A source also told Agribusiness Insight “Because he is old, he did not realise that probably in the initial memo they were telling him what they had in the silos, and asking him to approve some quantity for poultry farmers.

“In giving approval, he may only then remember the initial total quantity which was given to him,” said the source. Whether or not this is the case, it is yet to be seen if the Presidency would clarify if it meant to release what is left of the country’s food reserves, or if indeed there was an error with the pronouncement. More importantly, how the country’s food reserves would be replenished to prepare against any food crisis.

Efforts to get confirmation on the available grains from Sule Haruna, director of the Strategic Grains Reserves were futile when the earlier report by BusinessDay was published as he neither picked calls nor replied a text message sent to him and not even after the story was published.