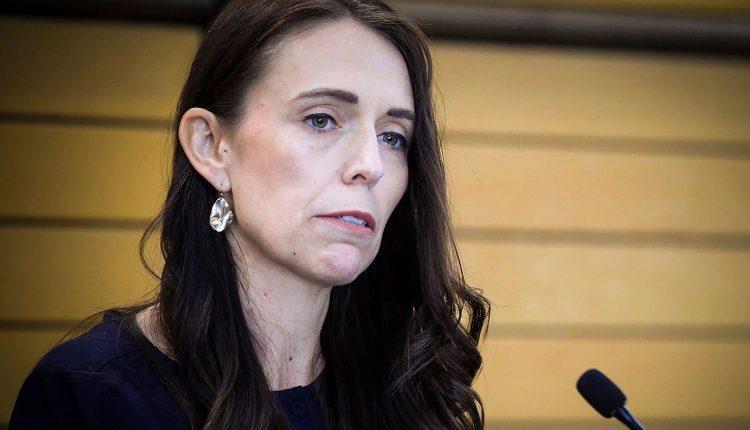 Nigeria and the rest of the world woke up to the news that Jacinda Ardern, the prime minister of New Zealand, had resigned. In an emotional speech, New Zealand’s youngest prime minister, and the third woman after Helen Clark to take charge of the country’s political and economic affairs, said she couldn’t continue in that position anymore.

According to the former Labour Party leader, she complained of lacking motivation and needed time away from the drama of politicking. In her speech, she said that she had “no more in the tank” and asked that her decision to resign be respected by all.

“Making the decision was a tough one,” Ardern told a news conference.

“This summer, I had hoped to find a way to prepare for not just another year but another term, because that is what this year requires. I have not been able to do that.

“I know there will be much discussion in the aftermath of this decision as to what the so-called “real” reason was… The only interesting angle you will find is that after going on six years of some big challenges, that I am human,” she added.

“Politicians are human. We give all that we can for as long as we can, and then it’s time. And for me, it’s time.”

She was adamant about disclosing the details, arguing that it would be better to give an explanation as to why she made that choice than to leave it to the imagination of others, particularly the media and politicians.

According to the University of Waikato graduate, she decided to leave politics because her only child was about to start school; she also felt others could do a better job; and she had a desire to settle down in marriage with her heartthrob—Clark Gayford.

Her achievements in office can be summed up in the following boxes: COVID response, Christchurch mosque attack, social media management, and leadership style.

COVID-19 response. Her management of the COVID-19 crisis drew a lot of criticism and praise during the early stages of the spread of the virus.

“In the year 2020, Ardern faced the challenge of leading New Zealand through the coronavirus disease’s global pandemic (Covid-19). Relying on her empathy skills and communication competencies, Ardern was able to connect with her followers. At the same time, she and her leadership team were able to develop policies and procedures to mitigate the spread of the COVID-19 virus. She reached out to New Zealand citizens via live Facebook chats, often being transparent in dealing with the pandemic as a leader and a person,” Friedman stated in a publication in 2020.

Friedman went on to say that her authentic leadership style proved to be the best approach for guiding New Zealanders through the crisis, which included the implementation of national lockdowns and travel bans.

“New Zealand was able to keep the case count and number of deaths low with a COVID-19-related mortality rate of 4 per 1 million, the lowest rate of the 37 that counted in the Organization for Economic Cooperation and Development countries,” Baker, Wilson, and Anglemyer said in 2020 about the exceptional result of keeping the coronavirus spread and death rate at a very low rate. In total, New Zealand recorded the lowest mortality rate of 25 percent, making it the first country to allow people to return to schools, workplaces, and events with little or no restrictions.

Christchurch Mosque attack. Perhaps one of the few times the Oceania country drew negative publicity was in March 2019 when armed terrorists opened fire on worshippers at a mosque during prayer time, killing 51 people in the process. Ardern, in a swift response, not only mourned with the country, but also wore a hijab to stand in solidarity with the Muslim community. She held up a mirror and asked the country’s populace to examine themselves. She tightened legislation around gun laws in the country.

In a piece stumbled upon by Yancy Unger, Tony Manhire (2019), a New Zealand journalist and editor, expressed this by sharing:

In the days and weeks after the attack, however, Jacinda Ardern, drawing on the leadership of Muslim Christchurch, revealed an empathy, steel, and clarity that, in the most appalling circumstances, brought New Zealanders together and inspired people the world over. (para. 20)

Social media management. Her young age and heart make it almost impossible for her to deviate from her demographics. Ardern had proven to be an effective communicator who had mastered the act of regularly updating her followers via social media as part of her almost daily work routine. Telling her over 1.4 million followers on Instagram about legislation and anything that is of national interest. She regularly posts pictures and short videos, ranging from one to five minutes in length, outside of professional attire, according to Kapitan, on her social media accounts, be they on Facebook or any other.

This way of connecting with her followers and citizens both at home and abroad had won her millions of fans in New Zealand and around the world.

On Twitter, her resignation has been one of the most talked-about issues, with many posting pictures and famous quotes linked to Jacinta.

She gave it her all, impact like no other leader in this world. Taking severe action, the only 1 to ban rifles after the massacre that killed so many children (Christchurch) she kept her country safe during pandemic. She has shown young women around 🌎 to dream! #jacindaardern pic.twitter.com/nJKZv7D48Y

.@jacindaardern has been a fantastic leader for New Zealand and an inspiration to women everywhere.

From taking her country through Covid to leading on climate policy she has demonstrated the difference a Labour government can make.

I wish her all the best for the future. pic.twitter.com/QGZJdlEJaB

Stanley Nwani, a senior economics lecturer at the Lagos Business School, told BusinessDay over the phone that he does not anticipate that the resignation of Prime Minister Jacinda Ardern will worsen the already lopsided bilateral trade relationship between New Zealand and Australia. “I don’t expect her resignation to worsen Nigeria’s trade relationship with New Zealand beyond what it currently is,” Nwani said. “On the contrary, our bilateral trade relations with New Zealand, which stand at over $278 million according to the United Nations COMTRADE database on international trade, should continue to grow.”

At present, trade relations with New Zealand are positively skewed in favour of New Zealand, as nearly 85 percent of imported commodities from New Zealand, valued at $239 million, were dairy products, eggs, honey, and edible goods, while the rest were cereals, starch, flour, corn, and rubber.