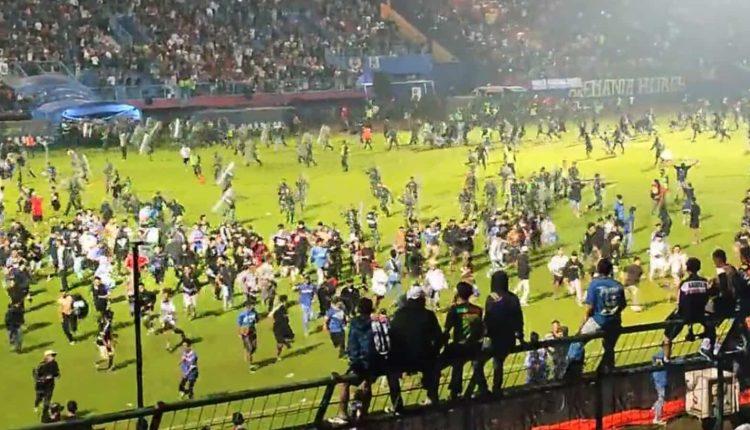 It was a black Saturday in Indonesia as 129 people lost their lives during a football match between Arema FC and Persebaya at the East Jarva Classic, Marca reported.

In a statement issued by Akhmad Hadian Lukita, chairman of the Indonesia Liga 1 “We are concerned and deeply regret this incident. We share our condolences and hope this will be a valuable lesson for all of us,”

Trouble started with when an argument ensued after the referee made a deyagainst home team Arema FC. The referee’s decision sent the home crowd into a frenzy, swarming the field and clashing with the away fans.

In 2015 Indonesia was banned from all international football by governing body FIFA in 2015 for government interference due to an incident between the country’s two rival leagues which sought dominance in the country’s league.

Read also: Reps move to address violation of human rights of Nigerians in Indonesia
Violence commonplace in the country’s football league. It is perceived as dominated by thugs and gangsters. Before now a total of 74 people have died in relation with football violence between 1994-2019.