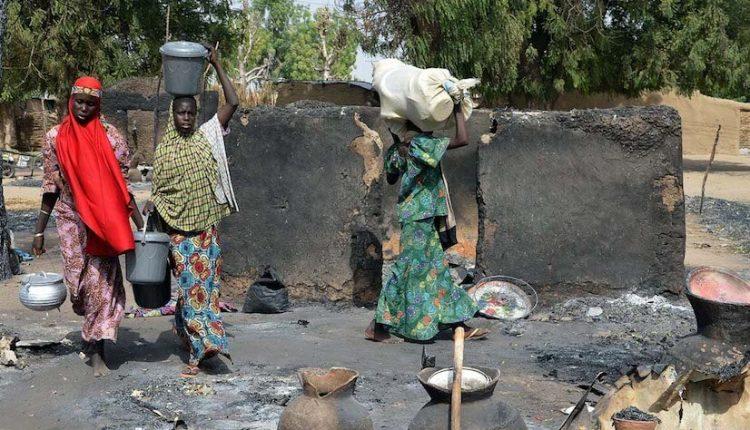 No business can thrive without adequate security. Firms spend 100 percent more money today on security and logistics than they did eight years ago, experts say.

Business leaders in Nigeria worry that logistic cost ranks after power expenditure, taking up 20 to 30 percent chunk of the expenditure budget.

Worse still, a number of firms have left insecure areas for safe places.

In the wake of Boko Haram insurgency in 2011 in North-East Nigeria, for example, firms, including Flour Mills of Nigeria, relocated from Borno and Yobe to North-Western states. Companies withdrew their representatives and shut down operations as insecurity worsened in these states.

Telecoms masts were destroyed by insurgents, making communications difficult in these areas. Farmers left their farms, leading to high rate of wastes and losses. Herdsmen attacks on farms have not helped matters, as it has done more harm than good.

The army and private individuals have cooperated in many ways to stem the tide of insecurity in these hot spots. Soldiers work with armed civilians to identify and arrest security threats in these places.

Security agents and experts believe that now is time for private organisations and the citizens to step in the fight against insecurity and threats to life, as well as business and economic survival of the country.

Abayomi Olonisakin , Nigerian chief of defence staff, while speaking at the Lagos Chamber of Commerce and Industry (LCCI)’s Security Meets Business, said governance, business and other human activity thrive in the atmosphere of peace and security.

“Nigeria is faced with myriad challenges militating against governance, economic development and social well-being and these security-related challenges range from economic sabotage, communal/tribal clashes, cultism, armed robbery, herdsmen clashes, and kidnapping, among others, which have led to loss of lives and properties and also discouraged local and foreign investments.”

Olonisakin, represented by Peter Onaji, chief of Naval safety and standard, Naval Headquarters, implored the private sector, as a partner and beneficiary of the dividends of security, to support government efforts in tackling the menace of insecurity while he declared that the armed forces is dedicated to combating all sources of threats to Nigeria’s business environment and economic development.

Nigeria is facing increased security crisis laced with terrorism disguised in the form of armed banditry, herdsmen/farmer clashes and insurgency. Amnesty International (AI) said last year that no fewer than 375 civilians were killed between January and November 2017 in various attacks carried out by members of the Boko Haram sect.

“Peace and security is determined by good governance, which is a function of effective visionary transparent and trust worthy and credible political leadership which the incumbent administration is providing,” said Boss Mustapha, secretary to the Government of the Federation (SGF).

Mustapha, who was represented by Sade Caiafas, director, Lagos Liaison Office, Bureau of Public Procurement (BPP), further said that “Organisations and the citizenry should actively play roles towards tackling various menaces like militancy, kidnapping, armed herdsmen, robbery and many other as well as enhancing security and safety in the country.”

“Lagos needs to have robust security architecture in order to allow businesses to thrive, because if businesses thrive there will be more revenue, increased employment and improved infrastructure,” he said.

He further stated that with the Lagos population growing every day, there is a need to develop and maintain a well secured environment, which will require extra efforts and tools.

He called on organisations to channel their Corporate Social Responsibility (CSR) to the LSSTF and aid security in the state.

Edgal Imohimi, Lagos State commissioner of police, stated that it is essential to fight crime strategically along with science. He mentioned that in an effort to seriously combat crime, 26,456 officers have been deployed from the Nigerian police force to fight crime in Lagos with18, 692 as general duty policemen and 7,764 officers as support groups, with many more across the country. He further said that the Nigerian police force will collaborate with all other security agencies and also the para-military agencies to ensure the provision of tight security in the state.

In his address of welcome, Babtunde Ruwase, LCCI president, said the impact of these security challenges on business and investors’ confidence is profound.

“For instance, there is no significant private investment in the North-East region for now. The same is true, perhaps, to a lesser degree, in some other parts of the country. Our global security perception is very worrisome, Nigeria was ranked 148th of 163 countries by the global peace index (GPI) 2018.”

He further stated that as a business community, there is a need to devise new methods to combat security issues and aid the government in getting rid of threats to security, lives, properties and the business environment.

Experts believe that Nigeria of the 21st century must adopt technology to achieve security efficiency. They say the country, at this point, must invest in CCTVs, intelligence and have a biometric data on all citizens.