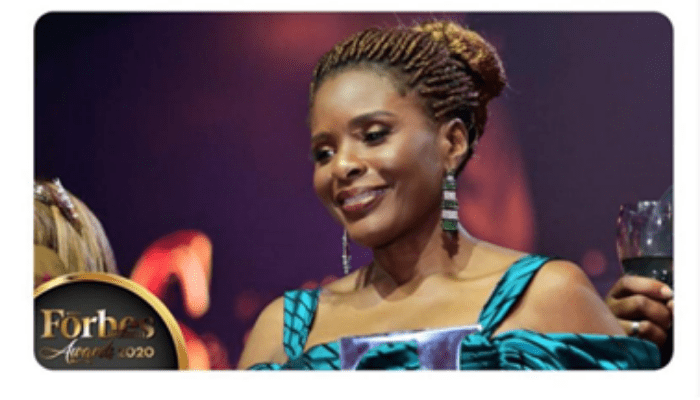 The American magazine announced this on March 6, at a Gala Dinner and Awards ceremony which took place in Durban, KwaZulu-Natal, South Africa.

In 1994, Adenowo founded AD Consulting, an architecture firm that specialises in Master Planning of eco-sensitive developments. The firm has won many international awards.

“This is validating, encouraging, and an affirmation of the fact that one can do things right and be celebrated. I stand on the shoulders of African female entrepreneurs who are committed to serving their families, communities, and the continent. Those who strive daily to optimise their potential against all odds,” Adenowo said.

The Forbes’ award winner said her parents forgot to teach her that being a woman was a “disability.” This permitted her to venture into the world oblivious of her supposed disadvantage and simply expressed her gifting.

“My mother is a professor of Sociology, and as a child just watching her contribute value as she travelled the globe and handled her affairs competently gave me permission to aspire,” she said.

Adenowo is a multiple award-winning architect with over three decades of industry experience.

She started her career at the Femi Majekodunmi Associates, where she had the privilege of designing the Federal Ministry of Finance Headquarters in Abuja.

Some international media houses have described Adenowo as Africa’s ‘starchitect’ and trailblazer. She has also been acknowledged as one of Africa’s most outstanding architects. She has also been named the Face of Architecture in Nigeria by a local media house and has been featured in the world’s foremost architectural journal, Architectural Record and in Forbes Women and Fortune magazine.

She is an alumna of a number of prestigious institutions including the Harvard Kennedy School of Government, Yale School of Management, IESE Business School, amongst others. She is a member of the Institute of Chartered Arbitrators (UK) and a Fellow of the Nigerian Institute of Architects.