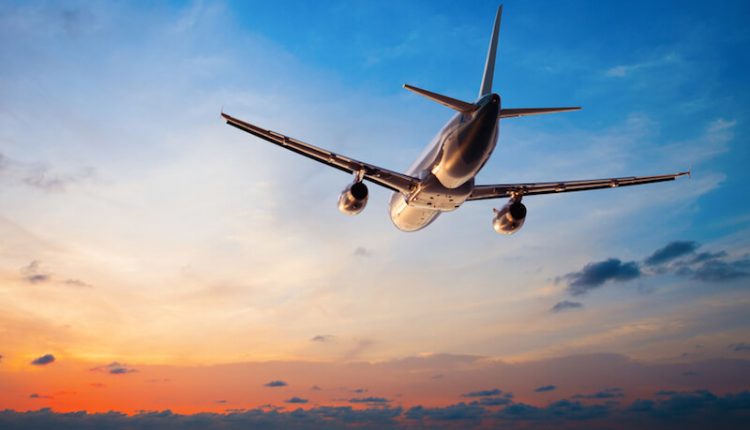 As part of measures to forestall the outbreak of the dreaded coronavirus in Nigeria, the National Assembly has urged the Federal Government, the Ministry of Aviation and security agencies to immediately halt all flights from high-risk countries.

BusinessDay check shows that high-risk nations such as Spain, Italy, USA, India, Iran and France that delayed in restricting social gatherings ended up recording rise in cases of Coronavirus in the last three to four weeks.

For instance, the state of New York in USA recorded two confirmed cases of the virus in the first week but this number increased to 105 cases and 613 cases in the sequent week two and three respectively due to the inability of US government to restrict mass gatherings that gave room for the spread.

Also, France recorded 12 confirmed cases of the virus in the first week and by the second and third week respectively; it increased to 191 cases and 653 cases; while the fourth week infected cases skyrocketed to 4499.

In Iran, two cases were recorded in the first week, 43 in the second, third week grew to 245 cases but this number moved up  to 4747 cases and 12729 cases respectively in the fourth and fifth week.

Nigeria in its first to fourth week has confirmed third case. So far, the high-risk nations are the UK, Spain, Italy, the USA, China and South Korea, the lawmakers noted, saying except for Nigerian citizens who will be tested on arrival and may be quarantined if necessary.

However, as Nigeria confirms its third case civil society groups are deeply worried that Nigeria continues to be exposed to both visitors and returning Nigerians travelling from areas heavily exposed to the virus.

This recent case calls for a more stringent measure in protecting our borders and managing movement in and out of Nigeria, they noted.

The group stated, “We cannot and should not contemplate banning Nigerians from returning home in these difficult times, but it is obvious that it is time for drastic measures to protect our country and a fragile health system that has been neglected for too many years.”

However, asking that the Federal Government and states must recognise like other countries that this is the most urgent of national security matters.

They made a call in a joint statement signed by policy and Legislative Advocacy Centre, Centre for Liberty, Stakeholders Democracy Network (SDN), and other 18 groups for the following steps to be taken immediately.

“Restriction to only essential travellers coming from any country overseas that has an on-going outbreak of Coronavirus and for both Nigerians returning home and any travellers deemed essential by the Nigerian government there must be mandatory and closely monitored self-isolation or quarantine measures for at least two weeks,” the group states.

Furthermore, the House of Representatives urged the Federal Ministry of Health to continue to work with Federal and State medical establishments to update and upgrade facilities and prepare for eventualities.

The House reached these resolutions at the beginning of plenary on Tuesday, following unanimous adoption of a motion on matter of urgent public importance sponsored by Luke Onofiok (PDP, Akwa Ibom).

Presenting the motion, Onofiok said the House appreciated the seriousness of the current global problem, which the World Health Organisation (WHO) has designated a global epidemic that has so far affected almost 200,000 persons worldwide and killed over 7,000 in over 60 nations. In the US, only the State of West Virginia is yet to report a case.

According to Onofiok, the House “notes the very far-reaching efforts of governments all over the world including nations such as Ghana and South Africa, where gatherings of more than 50 persons have been prohibited, social distancing of at least three feet apart is encouraged, widespread use of sanitizers recommended, and citizens encouraged to stay indoors with some cities and nations on total lockdown (save for strategic and essential movements). In fact, workers are encouraged to work from home while students are encouraged to study online.

“Further Appreciates the fact that Nigeria has been fortunate to have only one index case that is said to be recovering, and given that our borders are porous and no one can predict the trans-boundary movement of persons in absolute terms.

“Draws attention to the already established fact that without effective social distancing and drastic steps to avoid contacts this epidemic could be easily transmitted and the Sports Festival would bring together thousands of young healthy Nigerians from all the States and the FCT which will mingle and inter-mingle and go back to their states to further mingle with friends, family colleagues and community with the attendant implications”.

On the other hand, the Senate on Tuesday advised the government to warn Nigerians against handshaking to avert being infected.

Furthermore, the Senate tasked the government to stop entry of persons from coronavirus infected countries into Nigeria, and also restrict travels to worst-hit countries.

The Senate decision followed a motion by Ibrahim Oloriegbe (APC, Kwara Central), who noted that the virus spreads easily with not only body contacts, but through handshaking.

According to Oloriegbe, if shaking of hands isn’t halted, such practice could foster rapid spread of the dreaded disease.

He said many people cough or sneeze on their hands before having contact with persons, especially by handshake.

He said: “If it is possible, people should not travel to countries with high risk of the cases, especially in Europe where many countries are affected, unless such trips are very important.”

In his remarks, Senate president, Ahmad Lawan, said, “We are very lucky and fortunate, but we shouldn’t push our luck too far. We should be very observant of all those regulations the technical experts give us.

“There is need for Federal Government to do a little more, especially in the area of testing centres. The entire north and south-east have no testing centres and it shouldn’t be so.”

However, following the confirmation of the third Covid-19 case, Osagie Ehanire, Nigeria’s minister of health, informed that the inaugural meeting of the Presidential Taskforce on Coronavirus would and the decision on whether the country would place ban on mass gatherings or travel from high-risk countries or not would be taken.

The task force is headed by the SGF and its members include representatives from ministries of health, information, and interior, DSS, among others.

The minister said government had begun an intensive contact tracing to identify all persons who had possibly had contact with the third coronavirus case in Nigeria.

The minister said government was already working to identify the passengers on the flight, and other possible contacts, but disclosed the flight she came in with.

Ehanire said this while briefing newsmen in Abuja on the latest development. He explained that latest case is a Nigerian national in her 30’s who returned from a short visit to the UK on March 13.

“Fortunately, she decided, upon returning home, to go into a 14 day self-isolation, but subsequently developed symptoms of fever and cough on March 14th, at which point she voluntarily called the Nigeria Centre for Disease Contra (NCDC) toll-free call line, to report her condition,” he explained.

“Officials from the Lagos State Emergency Operations Centre (EOC) were immediately dispatched to her home to collect samples, which upon testing came out positive for the coronavirus.”

He said the number of contacts is expected to be small because of her sensible decision to go into self-isolation from the time of her arrival.

He also informed that the lady is currently at the Infectious Disease Hospital, Lagos where she has remained clinically stable and is responding to treatment.

He however commended the new patient for following the recommended guidelines to the letter.