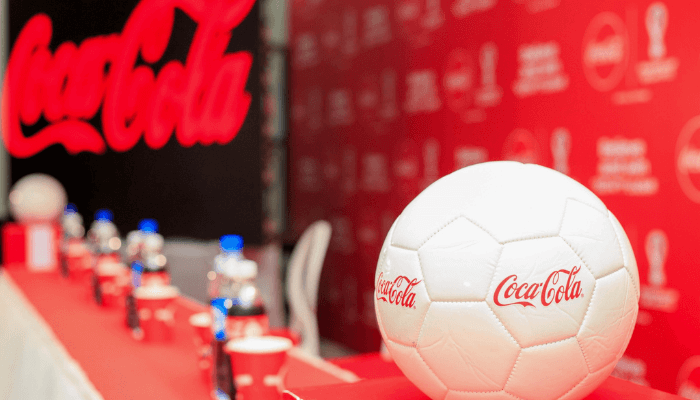 As part of efforts to delight Nigerians with a unique experience of the 2022 Qatar FIFA World Cup, Coca-Cola Nigeria has kicked off a consumer-reward campaign for football lovers.

Tagged the Coca-Cola ‘Believe and Win’ Under the Crown Promo, with rewards worth over N400m, five lucky consumers across the country will get to experience the 2022 FIFA World Cup™ in Qatar with an all-expense paid trip and instant airtime to be won by consumers across all networks.

The Coca-Cola Believe and Win Under the Crown promo was unveiled on August 5th at an elaborate event in Lagos, amidst a lively atmosphere where football fans and pressmen engaged in various experiential activities.

“The five lucky winners would be selected from each region – Lagos, West, East, Central, and North regions: at national draws. To note, the promo is approved by regulatory authorities,” Adeniba said.

To participate in the promo, consumers are required to purchase the any of the Coca-Cola products with a white cap and look under the crown for the unique code.

On finding a code, consumers are expected to dial USSD string *8014*1*CODE#, using their mobile devices at no cost to them. With the promo set to end on October 31st, 2022, football lovers are encouraged to enjoy the refreshing taste of these Coca-Cola beverages and enter the promotion for free.

Adeniba explained that all the white crowns would have unique codes underneath them as all the participating entries would be entered into the draw for the grand prize, based on terms and conditions, with the final draws done from the pool of all numbers that have participated multiple times in the promotion.

She stated that the Coca-Cola Believe and Win Under the Crown promo was conceptualized to give back to our loyal consumers by taking 5 winners on a trip of a lifetime to watch the FIFA World Cup in Qatar and giving millions of consumers the chance to win instant airtime to stay connected with friends and family.

She added, “It is about bringing people together, refreshing our communities and being there for our consumers at all times.”

As official sponsors of the FIFA World Cup, the Coca-Cola Believe and Win Under the Crown promo reflects Coca-Cola’s continued support for the football passion point across the country and a follow-up to other football related activities as the FIFA World Cup games begin.