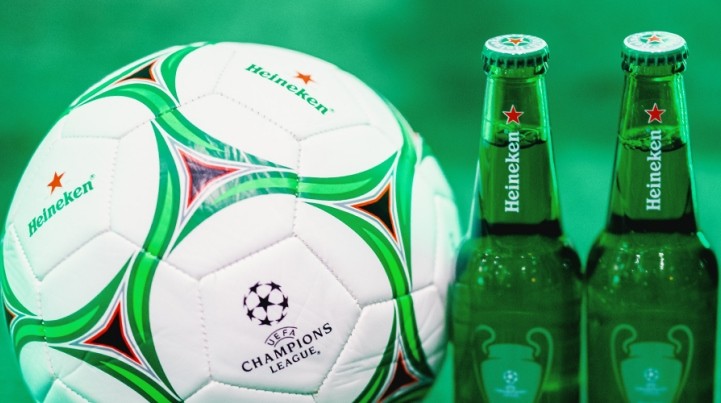 The world’s most prestigious club competition, the UEFA Champions League, returned to our screens with an entertaining start to the knockouts phase. The Round of 16 phase featured exciting and unpredictable fixtures which saw Chelsea, following their 3-0 aggregate win over LaLiga leaders, Atletico Madrid, join Bayern Munich, Manchester City, Liverpool, Real Madrid, among others in the quarter-finals.

Heineken, proud sponsors of the competition for over 25 years, were once again at the heart of the conversations, delighting football fans across the world and especially in Nigeria with exciting online and offline experiences.

In the 2019/2020 season, the brand sought to foster conviviality and togetherness amongst football lovers with its “Better Together” campaign. This season, Heineken seeks to build on the success of the previous theme with another reflective theme titled ‘You’re Never Watching Alone’, a campaign aimed at reassuring football fans that regardless of boundaries and current realities, they are never watching alone.

Expressing her excitement with regards to the success of the brand’s activities during the Round of 16 phase was Aishat Anaekwe, Senior Brand Manager, Heineken:

“During the round of 16 phase of the Champions League, we sought to complement the spectacle of the competition with fun activities for Nigerians across all channels – online and offline. I’m proud to say it was largely successful due to how well-received the activities were by football fans. Their reception has motivated us to deliver even more premium experiences as the competition progresses” she said.

The activities saw the brand tour cities in the East such as Onitsha and Enugu, exciting football fans with the best of music, giveaways, and other attractions during the UEFA Champions League Experience nights hosted by e-sports fan, VJ Adams. According to him, “Touring these cities has been one of the most exciting things I have done in months. The passion Nigerians have for football is unrivalled and I’m glad Heineken recognised this and put this together for them. I can’t wait to take this experience to other cities.”

On social media, the brand also connected with consumers by staging the UEFA Champions League Trivia Nights, from which fans were rewarded with exclusive Heineken merchandise every match day.

With a global reach of more than a billion every season, the UEFA Champions League is undoubtedly one of the biggest football competitions in history. The startling game experiences produced in the Round of 16 phase portrays the excitement of the competition, with Porto staging a fantastic underdog win against Juventus and Olivier Giroud, of Chelsea scoring from an outrageous overhead kick against Atletico Madrid in the first leg of the tie.

With the quarter-finals of the competition in view, Heineken has promised to increase the scale of its campaign with more exciting activities, more rewards, and more opportunities for the fans to connect and share their passion.

The UEFA Champions League resumes again on April 6 with the quarter-finals stage.

Who is Herve Renard