Some traffic offenses in Lagos and their penalties 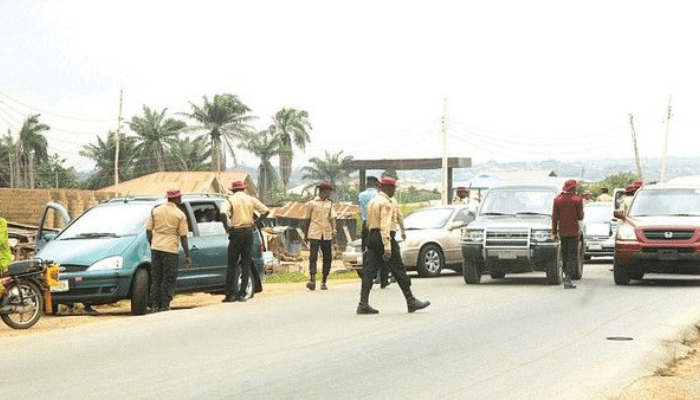 Recently, the Lagos state government made headlines due to the auctioning of vehicles forfeited by traffic violators. The State Government held an auction of abandoned and forfeited automobiles at the Task Force Yard in Ikeja, which was met with intense emotion. Drivers whose automobiles were impounded for breaking traffic laws were among those who participated in the open sale.

The event was filled with different dramas from bidders and other businessmen who came solely for business purposes. To avoid losing your vehicles over traffic or road violations, here are some vehicle inspection offences and penalties in Lagos as contained in the Lagos State Transport Sector Reform Law, 2018;

A fine of N20,000 is imposed on first-time offenders who are caught driving without a valid driver’s licence. Subsequently, the offence carries an N20,000 fine or an extra vehicle impoundment penalty.

Smoking, drinking and eating while driving attracts N20,000 for a first-time offender, while subsequent offender attracts N30,000 plus an additional penalty of vehicle impoundment for three months or six months imprisonment or community service.

Driving a vehicle by a person under the age of 18 years attracts a N20,000 fine in the first instance. Subsequently, the offence attracts N30,000 and an additional penalty of vehicle Impoundment.

For a first offence, a learner driver caught driving without a permit faces a fine of N20,000. A learner driver on the highway incurs a N20,000 fee for a first-time offender and subsequently incurs N30,000 plus an extra penalty of dislodging the driver, while the former offence carries a N30,000 fine plus an additional penalty of vehicle impoundment, while a learner driver unaccompanied by licenced driver attract N20,000 for the first time, subsequent offender attract N30,000 plus an additional penalty of dislodging the driver.

Driving without a license or registration is punishable by a fine of N20,000 the first time, N30,000 the second time, subsequently, it attracts an additional three months in jail penalty.

Driving with a fake number plate is punishable by a fine of N20,000 the first time, N30,000 the second time, and an additional six months in jail penalty.

Disobeying traffic control personnel attracts N20,000 for a first-time offender, while subsequent offenders pay a fine of N30,000 and an additional penalty for the vehicle being impounded or going for (Lagos State Drivers’ Institute) LASDRI Training.

Driving without a functional spare tyre, excessive smoke, and without a fire extinguisher and Windscreen attracts N20,000 for a first-time offender, subsequently, such an offence attracts N30,000.

Failure to pay a penalty fee within the prescribed time attracts double the initial penalty. In addition to the penalties above, the VIS may direct the driver/rider to attend the Lagos State Drivers’ Institute for training.