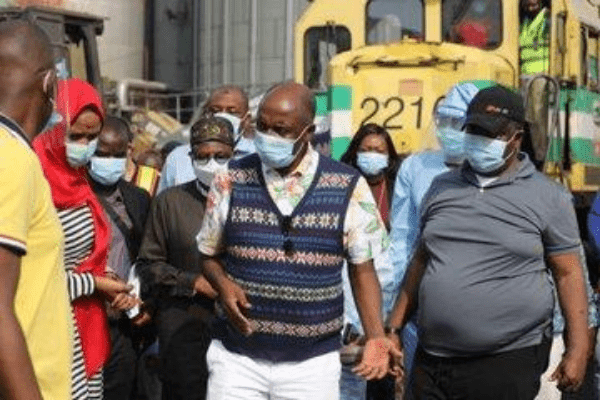 The Nigerian government says it is ready to commence work on the Ibadan-Kano standard gauge rail project once the National Assembly gives approval for the loan to execute the project.

Rotimi Amaechi, Nigeria’s transportation minister, said this on Saturday in Ibadan, Oyo State, at the end of an inspection tour of the ongoing $1.6 billion Lagos-Ibadan standard gauge rail project. The monthly project inspection was suspended abruptly in April following the outbreak of the global coronavirus pandemic.

“We are ready to start the project. That is from Ibadan-Kano. We are waiting for the approval of the loan. Even before the approval, Nigerians will begin to see skeletal operations. You cannot be asking me if am ready. If I am not, I will not be here and I may be fired as a minister,” Amaechi said.

“We have talked to the National Assembly to stop their investigation of loan. They are not investigating corruption in construction, it’s the issue of the loan. What we meant is that they should allow us to get the loan for the Ibadan-Kano railway which is about $5.3 billion because if you are telling people loaning you money that you don’t like how they loan you, they wouldn’t lend you any further,” he said.

Lai Mohammed, minister of information and culture, who was also present at the inspection said the loan is pertinent as it would help raise infrastructures and provide job opportunities.

Saturday’s rail project inspection, which commenced at the Alagomeji mega station project site at Ebute-Metta Junction (EBJ) in Lagos, with the minister of information and other NRC management team in attendance, had a test-run of the new set of locomotives and 10 coaches for the first time riding on the completed standard gauge corridor from the Yaba train station to Ibadan. This was after a tour of the Apapa port to monitor the progress of work on track laying and the planned train station.

At the Agege rail station under construction, Amaechi told the contractor handling the project, China Civil Engineering, and Construction Corporation (CCECC), to speed up the work.

The minister charged the CCECC contractors to work harder to deliver all projects being handled all over the country before April 2023, the election year.

In all, there are 10 major and minor stations along the 156km Lagos-Ibadan rail corridor that are at various stages of completion but the rail track has been completed from EBJ to Ibadan.