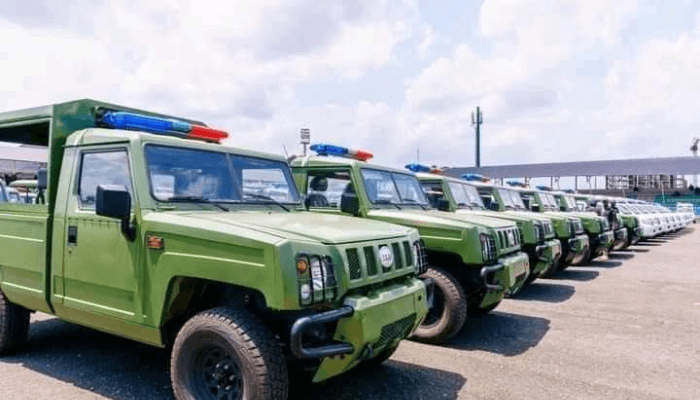 Innoson Vehicle Manufacturing Company, one of Nigeria’s indigenous vehicle manufacturing companies, has delivered the first batch of cars ordered by the Government of Sierra Leone for some of its military personnel. The export by Innoson to Sierra Leone is coming two years after Muhammadu Buhari, the President of Nigeria signed the Africa Continental Free Trade Area (AfCFTA) agreement in July 2019.

The first batch of automobiles delivered from Nigeria to Sierra Leone left Queen Elizabeth 2 Port (Sierra Leone’s seaport “Water Quay”) in Freetown on Monday for distribution to military officials across the country, according to a press release by Innoson.

This, it says is in fulfilment of a promise made during a working visit to Innoson Vehicles led by Edward Soloku, minister of Internal Affairs and Isaac Ken-Green, president of Sierra Leone Road Transport Corporation (SLRTC).

Cornel Osigwe, Innoson Group’s head of Corporate Communications, stated in the statement that various models of vehicles now being supplied were ordered by Julius Maada Bio, who as President, placed an order for the production of Innoson vehicles worth $4.7 million for officers of the Republic of Sierra Leone Armed Forces.

“We are on top of the issue in times of security,” said Francis Ken Samu, a Sierra Leonean. “Bravo HE President Bio. Keep the Military Colour Flag going up higher than ever before in the history of Sierras Leone.”

Sierra Leone has become the first country in West Africa to use IVM products outside of Nigeria, with the arrival of the Innoson vehicles in Freetown.

In Nigeria, the Army signed a partnership deal with the Nnewi-based auto plant four years ago to supply purpose-built vehicles for its personnel. The agreement called for determining requirements for the manufacturing of the armoured combat vehicle at the Nigerian Army Central Workshop in Kaduna, as well as increasing the capacity of Nigerian Army soldiers to actively participate in the successful implementation of these joint ventures.