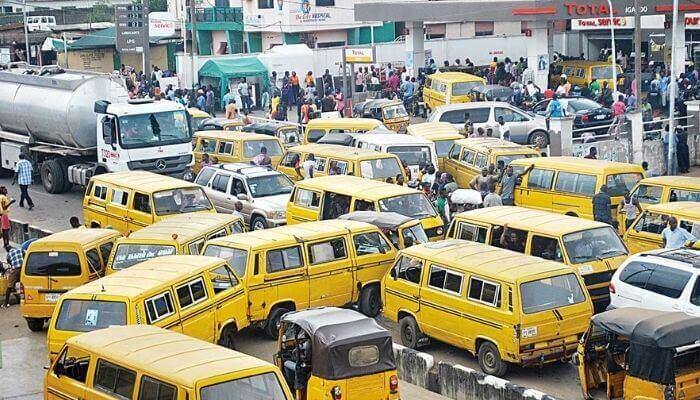 When Muhammadu Buhari, president of Nigeria gave his budget speech while presenting the 2023 budget proposal to the National Assembly, he highlighted some of the progress made by his administration in transportation over the last seven and half years.

President Buhari started by highlighting the establishment of the Infrastructure Corporation of Nigeria (‘InfraCorp’), in 2021, with a seed capital of N1 trillion from the Central Bank of Nigeria (‘CBN’), the Nigeria Sovereign Investment Authority (‘NSIA’) and the Africa Finance Corporation (‘AFC’).

Also, leveraging finance through the NSIA into the Presidential Infrastructure Development Fund (‘PIDF’) to facilitate the accelerated completion of the Second Niger Bridge, Lagos-Ibadan Expressway and Abuja-Kano Road. He also said that through the Road Infrastructure Tax Credit Scheme pursuant to Executive Order #7 of 2019, his administration has “incentivised responsible companies to invest billions of Naira in constructing over 1,500km of critical roads in key economic corridors. Under this Scheme, the Dangote Group has substantially completed the Reconstruction of 34km Apapa-Oworonshoki-Ojota Expressway and 43km Obajana-Kabba Road.”

Also, Nigeria LNG Limited is on track to complete the 38km Bodo-Bonny Road and Bridges Project by the end of 2023.

“Under the Road Infrastructure Tax Credit Scheme, we are undertaking the construction and rehabilitation of about two thousand kilometres of roads and bridges, nationwide, to be financed by the grant of tax credits to investing private companies,” he said.

He also identified the Sukuk Bonds scheme, under which since 2017, over N600 billion has been raised and invested in 941km for over 40 critical road projects nationwide, complementing the Ministry of Works and Housing’s Highway Development and Management Initiative and other interventions. Also, investing significantly to restore national railways, completing and commissioning the 156km Lagos-Ibadan Standard Gauge Rail (and its 8.72km extension to Lagos Port); the 186km Abuja-Kaduna Standard Gauge Rail; and 327km Itakpe-Warri Standard Gauge Rail. These completed projects complement ongoing investments in Light Rail, Narrow and Standard Gauge Rail, Ancillary Facilities Yards, Wagon Assembly Plants, E-Ticketing infrastructure as well as training and development of our rail engineers and other workers.

The president also highlighted the completion of New Airport Terminals at Lagos, Abuja, Kano and Port Harcourt, and reconstruction of the Abuja Airport Runway in its first overhaul since its construction in the early 1980s. There were other investments in airports safety facilities, and aeronautical meteorological services delivery complement the ongoing development of seaports and ancillary infrastructure at the Lekki Deep Sea Port, Bonny Deep Sea Port, Onitsha River Port, as well as the Kaduna, Kano and Katsina Inland Dry Ports to create a truly multimodal transport system.

“Over the last year, this Administration has implemented several priority projects. Our focus has been on the completion of key road and rail projects;… we have awarded several contracts to rehabilitate, reconstruct and construct major arterial roads to reduce the hardship to commuters and increase economic activity,” Buhari said.