Why more than 500,000 internet subscribers dumped MTN in August

Africa’s largest telecommunication network, MTN Nigeria could be looking forward to the release of September internet subscribers number with trepidation as its dominance of the space hangs in the balance… 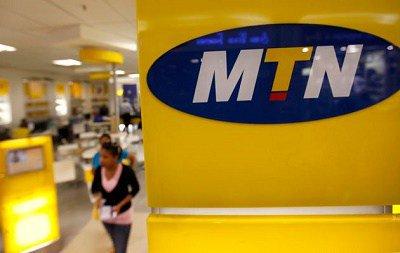 Africa’s largest telecommunication network, MTN Nigeria could be looking forward to the release of September internet subscribers number with trepidation as its dominance of the space hangs in the balance. The company saw more than half a million subscribers leave in the month of August 2019. The telecom’s 40 percent market share also dropped to 37.2 percent in the same period.

The data from the Nigerian Communications Commission (NCC) showed that MTN lost 667,245 subscribers to drop to 51,602,025 in August compared with 52,269,270 which it got in July. It is the second time the company is bleeding subscriber numbers this year. The first time was in June where it lost 178,103. It went on to gain a paltry 14,353 in July only to lose more than half a million in August.

It should be noted that total internet subscriber numbers in Nigeria also declined by about 100,000 which may suggest that the problem cuts across the market.

However, 9Mobile is the only other network that is seeing pushback from internet subscribers. The network has struggled to recover since June when more than 1 million subscribers left its platform.

In the same period, Airtel has solidified its position as the second-largest network in the country while Globacom which it displaced tries to catch up. Unlike MTN, Airtel has not lost its momentum in 2019 and gone an eight-month growth streak. In July when MTN attempted recovery with 14,353 subscribers in June, Airtel gained 428,012 subscribers.

Nevertheless, MTN may not be giving up its market lead any time soon – unless the telco decides to leave Nigeria tomorrow morning –  as its margin it’s still too wide for the in-form Airtel to catch up with.

There is however no doubt that it has serious issues to address in order to prevent the decline from becoming a trend.

One of the loopholes it might need to revisit is consumer complaints. Although the NCC’s data on complaints stopped in the first quarter of 2018, complaints about MTN’s data service were the highest for many quarters.

At the top of the list of complaints about data is the longevity of the bundles.

MTN has the cheapest data plans in Nigeria and its network is relatively more stable than its competitors. Following the launch of its 4G services in July, the company had moved to slash its data bundles and offered a 100 percent bonus to customers who switched to 4G for the first four months. Bundles made available include 25MB for N50, 350MB for N300 and N500 for 2GB.

Despite the cheap data bundles, customers continued to complain that they barely get anything done with the data they buy before they are forced to go for another one.

“MTN network has gotten slower but the data consumption has gotten faster,” Mahmoud Takuro, a customer of the network said on social media.

Another customer by the name Onyefulu Mercy Ukamaka wrote on social media.

“MTN be killing me with their data consumption. Subscribed for 1.5 gigabytes yesterday. Now they are saying my data has exhausted.”

According to data from MTN, browsing activities such as shopping online and news updates consumes 1MB per 1 minute. Opening and posting on social media platforms like Facebook, Twitter, Instagram, LinkedIn, etc takes 4MB of data per 1 minute. To send and receive 1 email without attachment a user will need to part with 20KB while an email with an attachment takes out 300KB.

By that calculation, 60 minutes of opening and posting on social media takes away about 260MB. Data from Statista showed that the average user spends between 136 minutes and 142 minutes on social media.

In a social media response to a customer’s complaint, MTN also explained that the improved speed over 3G and 4G actually affects the data depletion rate.

In other words, more speed means more data consumed faster. But MTN cannot afford to continue to bleed subscribers as it plans for a future in a very capital intensive mobile money space in Nigeria. It needs as many subscribers as it can get to sustain the new business.

Here are the best tech startup cities outside Lagos