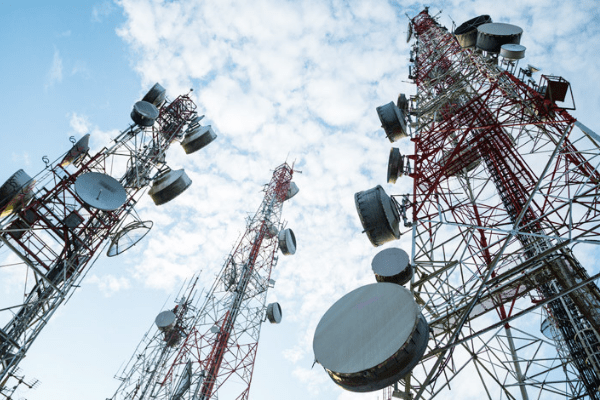 Internet usage continued to gain ground across regions in Nigeria as it recorded 47.33 per cent penetration among 195 million Nigerians in 2018. Nigeria leads the African continent in internet usage going by the number of internet users in the country which increased to 92.3 million in 2018. The figure is projected to grow to 134.2 million users by 2020. 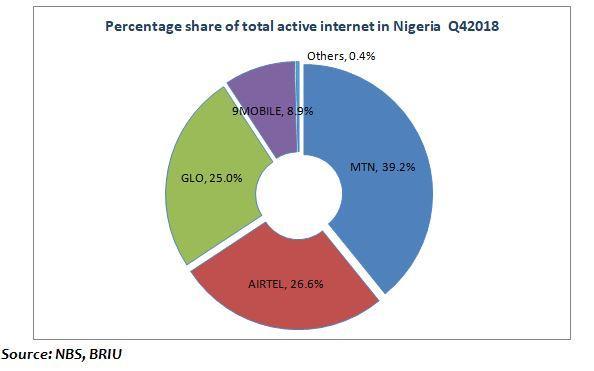 While GLO came next to MTN in the North Central, South-South and South West, AIRTEL was next to MTN in the North East, North West and South East.However, AIRTEL had 1.7 million active internet subscribers more than GLO across the regions. The least percentages of active internet subscriptions were recorded by the 9MOBILE and others network providers. 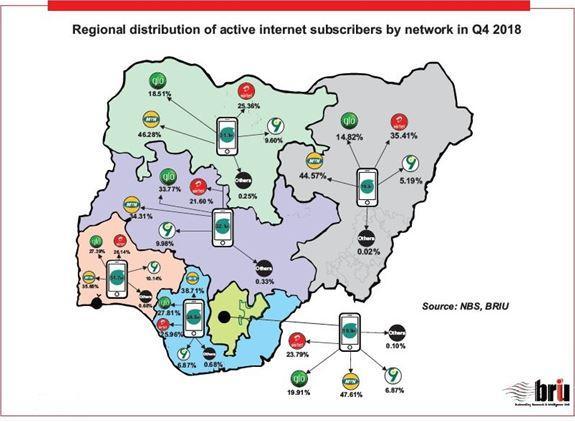 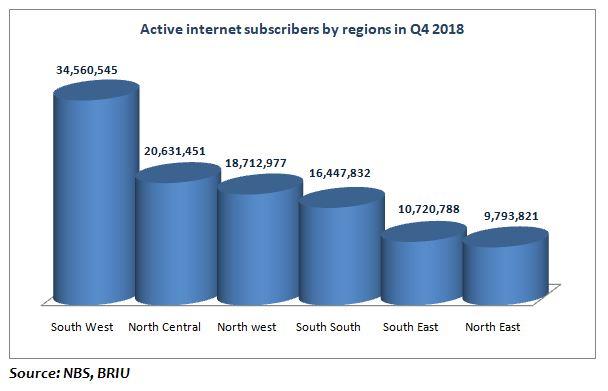 Across and within the regions, the Centre of Excellence—Lagos State recorded the highest number of internet subscribers in Q4 2018 representing 14.1 per cent and 45.4 per cent respectively. Data showed that the 34.56 million active internet subscribers in the South West region of the country which was the highest across regions, was accumulated due to the high percentage contribution of Lagos alone.