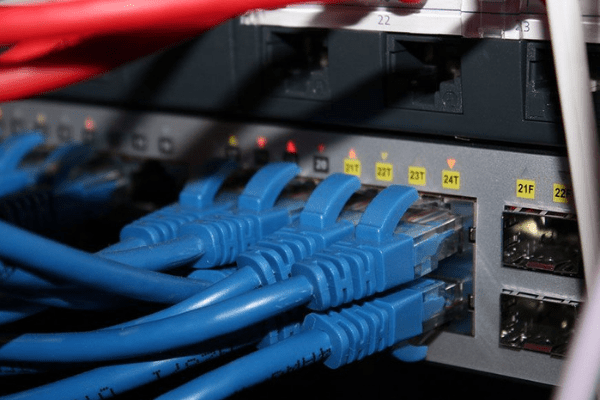 Share
The Nigerian Communications Commission (NCC) has put the current broadband penetration in the country at 33 percent, indicating a 3 percentage point increase from the 30 percent broadband target of 2018.
The Executive Vice Chairman (EVC) of NCC, Umar Danbatta, disclosed this when the Management of Airtel Africa and Nigeria paid him a courtesy visit in Abuja on Wednesday even as he attributed the increase in broadband penetration to the ambitious expansion of network operators in the country.
Broadband is a wide bandwidth data transmission, which is used to transport multiple signals and traffic types. In terms of access to Internet, broadband is used to speed up internet access and also make it even faster.
“It is good to see Airtel providing services, especially 4G services. It is good to hear the level of expansion because we are seeing remarkable improvement in broadband penetration,” he said.
“The figures are increasingly going up. We are at about 33% now. This we can attribute to very ambitious expansion of network operators like Airtel in places like Lagos, Kano, Rivers, Ibadan, Abuja. This lends credence to figures we are seeing from broadband penetration,” he added.
“We are seeing increase in broadband subscription, especially to services provided by Airtel. It is good for Nigerians to hear this, that Airtel is helping us to hit the broadband penetration target,” he said.
The Executive Vice Chairman also noted that Nigeria was supposed to achieve 30 percent broadband penetration as at December 2018, but exceeded the target courtesy of National Broadband Plan.
“We are steadily seeing increase in broadband penetration. As at February, there is a new target   of 70% in the next five years. So far, no official announcement has been made on that by the minister.
“I am sure government will come up with official announcement on the new National Broadband Plan, Phase 2,” Danbatta said.
Speaking on Data Usage, the EVC explained that there is also a steady increase in data usage, which he said can be seen from 4G  network services.
Danbatta further said it is important to talk about other statistics where broadband penetration is concerned.
“As at February 2019, we had 174 million Nigerians who have access to telecom voice services. And the number is steadily rising. Internet penetration too in real terms is 100 million.
“Henceforth, whatever percentage increase we will give out in percentage terms will be in reference to the existing Nigerian population. All growth parameters are steadily growing courtesy of expansion programme on 4G operators in the country, especially Airtel,” he said.
The Managing Director and Chief Executive Officer, Airtel Africa, Raghunath Mandava, earlier in his remarks, said Nigeria is the fastest growing market and also the biggest market Airtel has in Africa. He added that Nigeria is a critical market for the company as it expands broadband penetration.
He explained that they at Airtel were impressed with the way the Nigerian telecom market is growing, making it the fastest-growing telecom market in Africa.
He revealed that Airtel is committed to very heavy investment and is ready to help digitise the country.
He appreciated the great vision of the leadership of the NCC, and the government of Nigeria, and the Nigerian market for their support, stressing that the main aim of the courtesy visit is to discuss about the future broadband.