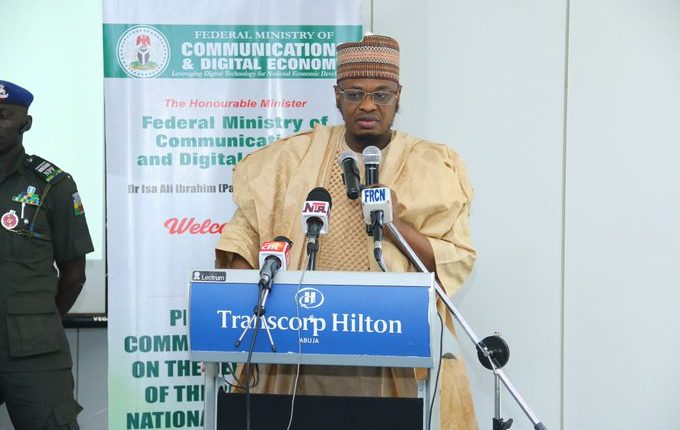 The 28 member team which is being chaired by Funke Opeke, CEO of MainOne were selected, according to a statement from the ministry, based on competence, integrity, and professionalism.

The minister of communication and the digital economy had on November 30, signed a letter of intent with the UK government through the Prosperity Fund’s Digital Access Programme, as part of efforts to draft the new National Broadband Plan. The minister had also promised to engage industry stakeholders through the process of the draft which is expected to conclude 31 March 2020.

This is after billions of dollars in investment have been made by the government and private operators in the telecommunications sector. For instance, Nigeria has about five fibre optic cables lying on its shores with terabytes of capacity. The Nigerian Telecommunications Limited (now nTel), South Atlantic 3(SAT3) Fibre optic cable is an investment of over $600 million; MTN’s West African Cable System’s is worth $650 million, ACE Cable by Dolphin Telecoms is worth $700 million, MainOne is worth $300m and Globacom’s Glo cable is worth $800 million.

The new National Broadband Plan when concluded is expected to set a target of 65 to 66 percent penetration from 2020 to 2025. But experts have said Nigeria needs more than.

Gbenga Adebayo, chairman of the Association of Licensed Telecoms Operators of Nigeria (ALTON) had said in January 2019 that for Nigeria to be fully digitised in 2019, government must raise broadband penetration level to 50 percent at the end of 2019 and further raise it to 80 percent by 2020, when the country will be expecting 5G rollout.

Pantami in his speech to the committee said resolving RoW is being prioritised.

The government also said it is working on an executive order to declare telecom infrastructures as Critical National Infrastructures.

Winter is coming, get insured or pay the price

Money Moves to Make Before 2020

The radiation from 5G is not different from that of 2G, 3G and 4G – NCC

The radiation from 5G is not different from that of 2G, 3G…