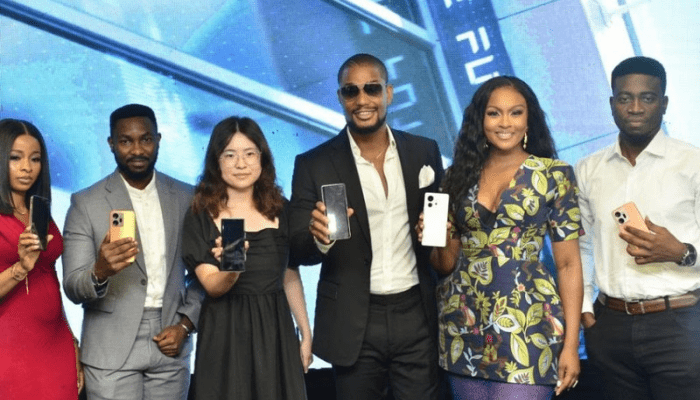 Infinix, a premium smartphone brand, has launched its latest ZERO 20 device, an addition to it’s zero series in Nigeria,

The new device according to the brand arrived with premium flagship experiences and advanced camera upgrades.

The launch titled “Capture Your Own Story From Zero” held at Legend hotel, Airport road, Lagos was attended by key tech and lifestyle experts to push the market.

The brand stated that the device roadmap gives consumers a peek into the future with energy efficient powerhouses that carry unique designs with an industry-first 60MP OIS front camera.

According to Infinix, “With the growing trend of remote office meetings, the rise of TikTok videos, and the increase of live broadcasts, there has never been a greater need for an accessible product that offers a high-definition and stable front camera and the Infinix zero 20 smartphone launched by Infinix offers just that as it is the first and only device in the world with a 60mmp OIS front camera, thereby, making it a perfect fit for aspiring and budding content creators and vloggers.”

These features include an incredible 10X zoom for shots at a distance, and Infinix’s Sky Remap Algorithm, which adjusts the sky for your photos. Finally, Film Mode, which hosts a wonderful variety of templates to help make video capture and production a breeze allowing the user to focus more on capturing the content at hand.

The smartphone also has 8GB+256GB large memory to keep the device running faster and to allow for plenty of storage space for apps, pictures, music, and videos and provides Extended RAM Technology of 8GB+5GB (equivalent to 13GB) for a far better experience under heavy usage.

Meanwhile, Attendees of the event had the opportunity to experience the zero 20 smartphone first hand by taking pictures with it and also feeling it.

Infinix also announced the start of the “CaptureYourStoryFromZero” Challenge for up-and-coming content creators from different lifestyle categories where they stand a chance to win the newly released Zero 20 smartphone, N100,000 and other consolation prizes and will last for three weeks starting from October, 21, 2022.