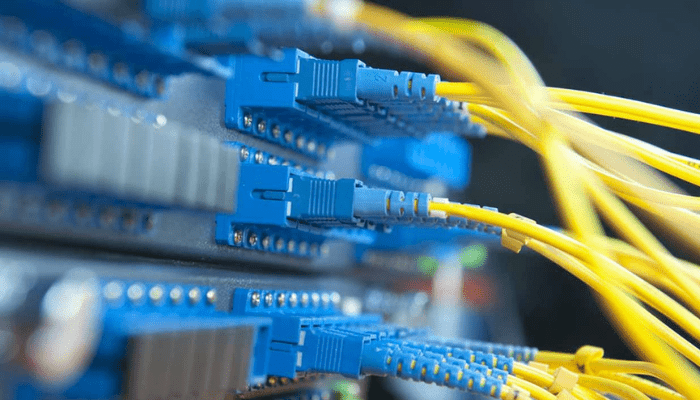 Already rattled and bogged down by an avalanche of taxes, charges and fees, Nigeria’s cash spinning telecommunication companies are also battling right of way approval (RoW) processes that in most cases take up to five months to complete, leading to significant cost differentials, delays and overlaps.

BusinessDay investigations show that there is not yet an agreed standard procedure across different jurisdictions in the country that really addresses timelines for the cumbersome process.

Informed sources tell BusinessDay that the Federal Ministry of Works has been working on a framework for a federal right of way. But the government has yet to table a formal proposal that could ultimately help to clear RoW approvals, interminably held up in so many states.

The bottleneck has left teeming Nigerians still cut-off from the digital space. This, according to analysts, has militated against the deployment of proper broadband infrastructure needed to move available international bandwidth capacity from the shore to the hinterland. In view of this, Nigeria’s lofty aspiration of creating about 1.5 million jobs directly and indirectly, in the next two years, through broadband driven initiatives seems rather shaky.

BusinessDay investigations show that the timeframe for securing RoW from the Federal Ministry of Works is about eight weeks. It also takes an average of 20 weeks to secure RoW approvals in Lagos.

A breakdown of some obligations of operators and Lagos state government in the RoW approval process, shows unnecessary delays occasioned by bureaucratic bottlenecks which create protracted infrastructure deployment delays. It was learnt that it takes a day for telcos to send requests to Lagos State, on intention to acquire RoW on selected streets.

Interestingly, it takes between 3-18 weeks for the state to confirm streets and release demand notice to telcos.

In Enugu state, from the time an application for RoW is made, to when permission is granted to deploy to site, takes about six months.

In Kano state the process could snail on to about four months.

In two weeks, operators process demand notice and effect payments. Such delays in approval process by state governments, according to analysts, increase the cost of operations, and significantly reduce telcos’ ability to adequately provision capacity for service improvements. In some states the timelines are uncertain.

A senior executive at one of the big GSM firms gave a graphic detail of how state government’s dilly dally in approval of RoW. “We sent our applications for RoW in April 2011. The Demand Notice was released in May, and we made our payments in June. Approval and permission to mobilise to site was not secured until end of September 2011”, he added.

Lending her view on this recurrent problem, Funmi Omogbenigun, general manager, corporate affairs, MTN told BusinessDay, “The delays in RoW and the inconsistency of approach and fees levied across the different states of the federation are currently delaying the roll out of infrastructure, which have direct consequences for quality of service”.

BusinessDay further gathered that besides the encumbered process, procurement of RoW approval in states ranges between N690,000 to N6.5m per linear kilometre (km). Based on these tedious and uncoordinated processes, investigations show that RoW approvals have been interminably delayed in Kogi, Bauchi, Adamawa, Kwara, Cross River, Ondo States.

Cross River state is demanding N74.4 million for RoW permits to deploy 34, 455 metres of fibre infrastructure. While Adamawa state is asking for N9.9 million as RoW permit, Kwara State is hell bent on collecting N17.5 million from operators before commencement of the NFE-TFF project. The completion of these projects in the aforementioned states would have brought succor to Nigerians by improving service quality by 25 percent.

“We don’t have any guarantee on the right-of-way obtained from government. No guarantee of the security of infrastructure you have installed and so the guarantee on return on investments is almost zero,” he told BusinessDay.

“Nobody wants to do it. Some state governments are asking for right-of-way (RoW) permit minimum of N8, 000 per linear meter. Multiply it by the number of kilometres you want to do. When you pay that amount to the government, there is no guarantee that your investment is safe because they can award a road contract on the same way to a contractor a month later,” Adebayo said.

“We need to take away the hand-cuffs and chains impeding roll out of fibre.

“In as much as we now talk about having increased access to the internet, people are still complaining about high cost of internet access in-country”, Destiny Amana, vice president, Nigerian Internet Group (NIG), said in an interview. “Having an Internet user profile of 47 million out of an estimated population of 174 million at present is still unacceptable. “We need to do something about delays in RoW approvals and exorbitant charges imposed on telcos by government, especially at the state level. It costs more money to deploy fibre network from Lagos to Abuja than it cost to link Nigeria to London”, he added.