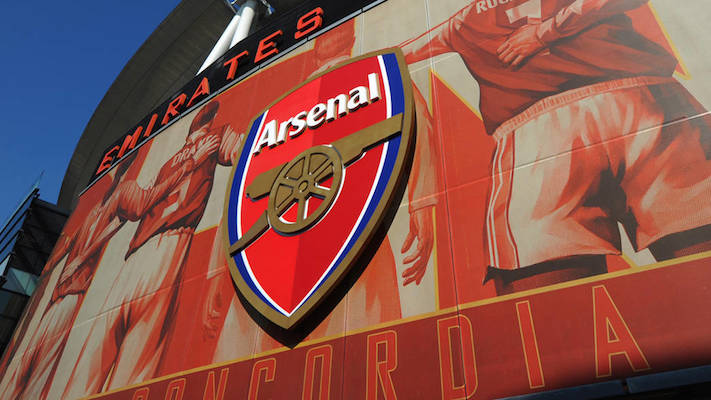 Nigerian billionaire and Africa’s richest man, Aliko Dangote’s bid to takeover Arsenal appears to be a mirage as Spotify founder, Daniel Ek, is preparing a bid to buy Arsenal, according to reports. And Gunners owner Stan Kroenke may be open to selling the club for £2billion.

Billionaire Ek, 38, announced he would be ready to purchase Arsenal, his beloved Gunners.

He tweeted: “As a kid growing up, I’ve cheered for Arsenal as long as I can remember.

“If Kroenke would like to sell Arsenal I’d be happy to throw my hat in the ring.”

And according to The Telegraph, it was not just a PR stunt and the Swede is ready to enter negotiations with the view to submitting a formal offer.

Forbes estimated Daniel Ek is worth around £4.1bn after the entrepreneur successfully launched the music streaming platform in 2008.

Kronke, 73, is chairman of Kroenke Sports & Entertainment and joined the Arsenal board in 2008, three years before becoming majority shareholder.

He was a key figure in the breakaway European Super League plans, named as a vice-chairman alongside Liverpool’s John Henry and Joel Glazer of Manchester United.

A furious fan backlash led to all six Premier League rebels pulling out of the proposed plans and the Gunners apologised.

Speaking to a supporters’ forum, Stan’s son Josh Kroenke admitted the ESL was a major error – but also insisted his family will not sell up.

He stated: “We were put in a very difficult position by forces outside of the club and we got it wrong.

“All of our trust was shredded this week, I understand that, but I still believe that we are fit to carry on in our positions as custodians of Arsenal.

“When are we going to sell? I am not willing to answer that question because we have no intention of selling.”

Dangote has previously spoken about his intention of becoming Arsenal owner on multiple occasions.

In January 2020, Dangote stated once his current business interests are concluded, he will move on to the Gunners.

“It is a team that yes I would like to buy some day, but what I keep saying is we have $20billion worth of projects and that’s what I really want to concentrate on. I’m trying to finish building the company and then after we finish, maybe some time in 2021 we can.

According to KPMG report in 2020 – who measure clubs’ enterprise value, which is a measure of a company’s total value – a popular metric used to value a company for a potential takeover – stands at over £2billion.

Dangote reportedly worth $17.8billion has enough money to spend in buying Arsenal from American owner, Kroenke and beating out Daniel Ek .

Gunners fans, however, still want the owners out of the club. They staged a mass protest outside the Emirates on Friday night before their 1-0 defeat to Everton.