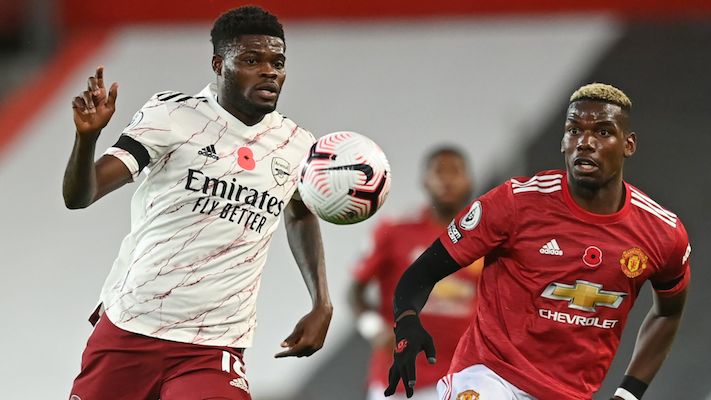 Football action from the 2020-21 Premier League, LaLiga and Serie A seasons come alive this weekend, with fascinating and heart-beating fixtures to look out for.

The top clash from the Premier League this weekend is the meeting of Arsenal and Manchester United at the Emirates Stadium on the evening of Saturday 30 January.

This is considered one of the classic rivalries in English football, with the Red Devils and the Gunners having dominated through the 1990s and 2000s.

Though neither has been able to regain that kind of status in the past eight years or so, this remains a highlight on the Premier League calendar and offers a fascinating look into two teams trying to build themselves back to the absolute elite of performance.

After an awful first third of the season, Arsenal have shown major signs of progress under manager Mikel Arteta and will fancy their chances of completing a ‘double’ over United after a 1-0 win at Old Trafford back in November.

United have also made progress under Ole Gunnar Solskjaer, but he has continually urged his team not to get ahead of themselves and always keep their focus firmly on the next challenge – in this case, the Gunners.

The Sunday’s action in the Premier League also sees champions Liverpool with a tricky trip to West Ham United; Leicester City and Leeds United will meet at the King Power Stadium for what promises to be a tactical arm wrestle between Brendan Rodgers and Marcelo Bielsa; and Manchester City will back themselves for another three-point haul when they host Sheffield United.

LaLiga fans will see Barcelona host Athletic Bilbao at the Camp Nou on the evening of Sunday.

Elsewhere in the Spanish top flight this weekend, champions Real Madrid will back themselves in a home clash with Levante on Saturday, while title favourites Atletico Madrid will feel similarly confident for their trip to Estadio Ramon de Carranza to tackle Cadiz.

The round also has a potential thriller between Villarreal and Real Sociedad – two teams scrapping with Sevilla for what is likely to be the final place in next season’s UEFA Champions League – at Estadio de la Ceramica on Saturday night. As ever, the ‘Yellow Submarine’ will look to Nigerian star Samuel Chukwueze to spark their attack into life.

The headline match from Italy for this round sees Atalanta host Lazio at the Gewiss Stadium in Bergamo. These are two of the most attack-minded teams in Serie A it is no surprise that their last three meetings have produced 16 goals!

The weekend also features an ‘old school’ classic with Sampdoria welcoming champions Juventus to Stadio Comunale Luigi Ferraris. The clash sees a ‘master versus apprentice’ angle for the managers, with the wily old Claudio Ranieri looking to outsmart Andrea Pirlo.