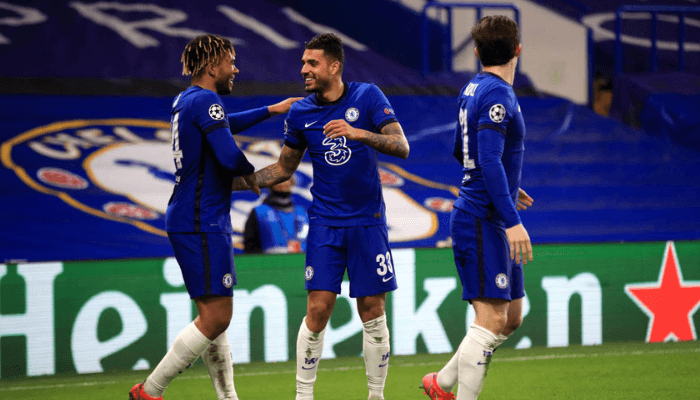 Southampton hosted Chelsea on Tuesday night with the aim of bouncing back from their home defeat to Manchester United.

The Saints did not just win the match but did it in style after they pulled an impressive comeback against an indecisive Chelsea.

Chelsea took an early lead in the 23rd minute through Raheem Sterling’s strike but the Saints were not dismayed for conceding but rather regrouped and levelled up in the 28th minute when Romeo Lavia jinxed the Chelsea defence and restored parity.

Southampton stung Chelsea with the match’s deciding goal in the 46th minute when Adam Armstrong converted Romain Perraud’s cross to hand Chelsea their second away defeat of the season.

Everton took a visit to Elland Road on Tuesday night in search of their first win of the season but rather settled for a point.

The Toffees started the match on a high note and took the lead through Anthony Gordon in the 17th minute when the youngster converted Alex Iwobi’s pass.

Everton maintained their lead on a shaky Leeds who had most of the possessions in the first half but failed to make do of it.

The second half started in a balanced fashion when Leeds restored parity in the 55th minute through Luis Sinisterra after Colombian made do with Brenden Aaronson’s pass.

The draw leaves Everton without a win this season with just three points from three draws.

Crystal Palace failed to find their way through visiting Brentford on Tuesday night after both teams shared the spoils with a one-one draw.

Crystal Palace took the lead through their talisman Wilfred Zaha in the 59th minute when the Ivorian scored from Cheick Oumar Doucouré’s pass but failed to hold on to the lead when Brentford snatched an 88th minute equalizer through Yoane Wissa when the Congolese took advantage of Vitaly Janelt’s pass.

Fulham wins hours after the departure of Parker

Fulham snatched their second win of the season against Brighton in a two-one victory on Tuesday night at Craven Cottage.

The win came hours after the club parted ways with coach Scott Parker.

Fulham appointed Marco Silva and the Portuguese got the team back to winning ways when his team won Brighton with goals from their prolific striker Aleksandar Mitrović in the 48th minute when the Serbian scored from Neeskens Kebano’s pass.

Fulham extended their lead in the 55th minute when Brighton defender Lewis Dunk turned the ball into his own net.

Brighton pulled one back from the penalty spot through Alexis Mac Alliste.