I am writing this piece not because I am British. This article is also not composed for the reason that I have been invited to St James’ palace or because I have engaged with two Prime Ministers of the UK. Nevertheless, I reckon that I have a responsibility to share my reflections on snippets of the life of one of the world’s most famous diplomats and arguably one of the most impactful global leaders in the 21st century who just proceeded to another dimension. I agree with King Charles that Queen Elizabeth the second is a pattern for all princesses living and I add for all leaders hoping to have an enduring legacy.

The death of Queen Elizabeth II is undoubtedly one of those endings that one would argue has a bitter-sweet conclusion of impactful, strategic and global self-less leadership spanning seven decades and filled with an enduring legacy. It is bitter in the sense that Britain and, indeed, the rest of the world have lost a great leader with massive wealth and experience of impressive transformation. The sweet part, however, comes in that there are a lot of valuable lessons that world leaders can learn from the life of the Queen right from the point when she unexpectedly became the UK’s sovereign as a young, relatively untrained, and inexperienced heir. That did not, however, stop her from being a great visionary leader. Over the years, she rose to be a powerful political figure, with excellent leadership skills admired in Britain and worldwide. With that said, here are lessons that leaders could learn from the Queen: 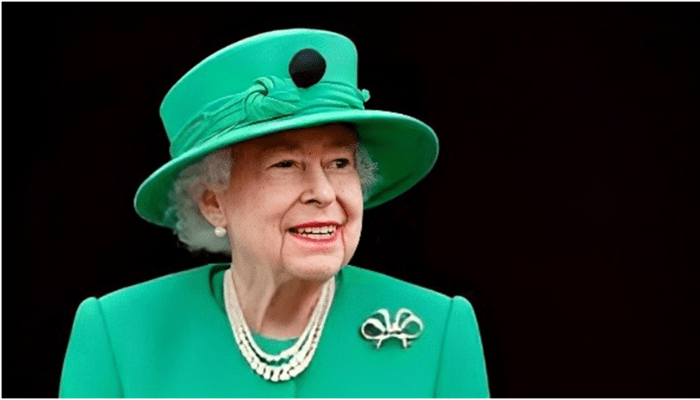 a) Empathy and Strength of character
When it comes to empathy and the strength of her character, the Queen ensured that she remained herself throughout her reign. She remained unapologetically female, and at no time did she pretend to be someone she wasn’t. For instance, instead of ruling other kings (exerting power and always seeking to dominate), she offered a beneficial sounding board in all her sittings with other leaders. According to the former UK Prime Minister, Tony Blair, the Queen always listened fairly to everyone and offered to help solve the most complex problems without necessarily making her physical presence felt or using force. While some criticised such a character, the Queen kept it and never allowed them to interfere with her leadership. Though she did not intervene openly in the operations of governance, Queen Elizabeth II utilised her convening power to exemplify strength, stability, dependability and empathy in her engagement with diverse stakeholders, both domestically and internationally.

b) Ability to inspire Service to humanity
Right from her tender age, Queen Elizabeth II strongly believed in her uncommon sense of purpose to serve humanity. As her successor, King Charles expressed in his tribute speech, the rested Queen “…made sacrifices for duty…her dedication to serving…never wavered…through times of joy and celebration…and through times of loss….” In doing so, the Queen demonstrated her determination to serve and ensured that she upheld the public pledge she made at the young age of 21 in a public radio broadcast during which she announced that she would devote her life, whether short or long to serve humanity until her demise. Without a doubt, she lived to the promise, and the world will truly miss her compassionate service to diverse laudable causes. From commitment to animal welfare, support for the progress of arts, championing professional institutions and serving as an influential patron of the British Olympic Association, Queen Elizabeth is a wonderful bastion of the peak of leadership-Societal leadership (other types are a self, team and organisational leadership). Her support of science and technology, for example, during her reign, the world wide web was developed by a British scientist, the world’s first ATM machine was installed in the UK and fingerprint technology was developed in the UK, demonstrates her commitment to global human advancement. Such a regal yet altruistic individual is undoubtedly an inspiration to anyone seeking to make a positive change in the world and leave an enduring legacy.

c) Strategic Leadership
Throughout her reign, the Queen was very strategic in her decisions and actions, especially when she was required to act quickly. From the death of Princess Diana to the COVID-19 crisis and the Meghan scandal, she was able to decide, align, inspire and learn from all these crises to stimulate the nation to navigate these turbulent times effectively. A quote from her speech during the COVID-19 crisis clearly articulates this:
“I hope in the years to come; everyone will be able to take pride in how they responded to this challenge. And those who come after us will say the Britons of this generation were as strong as any. That the attributes of self-discipline, quiet good-humoured resolve and fellow-feeling still characterise this country. The pride in who we are is not a part of our past. It defines our present and our future”.

The queen’s focus on the bigger picture even in times of crisis and amazing ability to communicate this effectively, one could argue contributed immensely to UK scientists being world leaders in genome sequencing and the country being the first nation in the world to license COVID19 vaccine.

d) Dedication
Undeniably, her dedication was another great leadership quality that Queen Elizabeth II displayed over her tenure as the Queen. While she had the liberty to retire at the age of 66, she continued to serve and carry out her duties diligently up to the age of 96 to dedicate her time to serving the UK, Commonwealth nations and the rest of the world. Indeed, even two days before her death, she performed one of her most important roles: accepting the resignation of the parliamentary leader of the country and asking the new Prime Minister to form her government.
Mayor of Dudley, Councillor Sue Greenaway, captures this in her “heartfelt condolences” to the Royal Family on behalf of the people of Dudley.

“Queen Elizabeth II was a dedicated public servant, whose unfailing devotion to her country was evident throughout her reign.” For any leader to have a lasting positive impact on society they need to emulate Queen Elizabeth II by demonstrating unparalleled dedication.

e) Discretion, Diplomatic credentials and Unifying competence
As part of her diplomatic work, the Queen visited more than 100 countries and welcomed hundreds of world leaders. She was also always in contact with the renowned Foreign, Commonwealth & Development Office (FCDO) as part of her efforts to build diplomatic ties. Interestingly, as the head of state for 70 years, the Queen was, of course, subjected to wild rides several times in complex situations that could end up in severe diplomatic rows if not managed well.

To solve such puzzles, the Queen exercised her discretion but through carefully calculated moves to avoid causing unending diplomatic issues. For instance, in 1999, Australia organised a referendum to decide whether to remain as part of the monarchy. While the Queen had discretionary power to influence the outcome, she made it clear that she was letting the people of Australia make that decision alone without anyone’s interference. That was one of the ways that she promoted peace and freedom.

In conclusion, Queen Elizabeth II won the hearts of many through her outstanding leadership qualities and will remain a source of inspiration to world leaders for the next several years. Indeed, there are many lessons that leaders of state, heads of government, and even organisational leaders can draw from the life and reign of the Queen. Without a doubt, anyone granted a leadership position would do well by following her example. I agree with Shakespeare that “some are born great, some achieve greatness, and some have greatness thrust upon them”. Queen Elizabeth II though had greatness thrust upon her, she achieved and exemplified greatness and her legacy is a life worthy of emulation.