How to Dismantle a Poverty Bomb 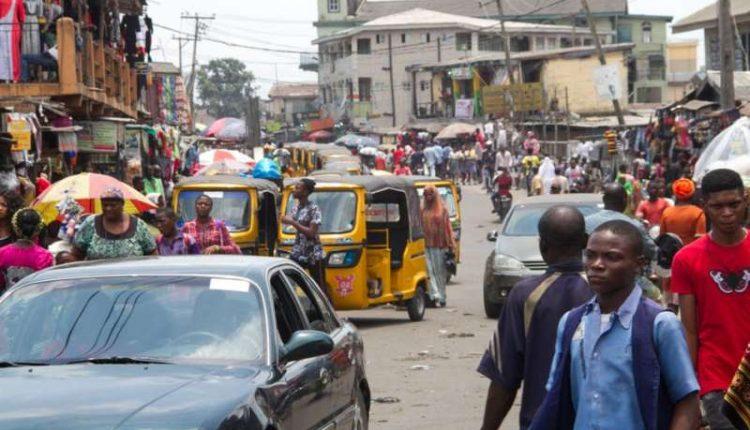 Many decades from now, we will tell story of 2020, and how we hunkered down to protect ourselves, our loved ones and very importantly, our healthcare workers. I hope you’re all keeping safe, and observing the physical distancing protocols. I’ve tried Zoom, Teams, WhatsApp, Instagram Live, Netflix, books and exercise to maintain my sanity. Now I’m trying to blog again.

Anyway to some interesting (or possibly depressing) matters, the National Bureau of Statistics (NBS) decided to publish an Executive Summary of its report on Poverty and Inequality in Nigeria.

The report is Nigeria’s first poverty report since 2010, and I certainly hope this will be an annual study going forward. NBS has resolved most of the concerns around reliability, with the new methodology of using Computer Assisted Personal Interviewing (CAPI) software on tablets, and also limiting the food consumption questionnaire to a seven-day recall, instead of the month long recall previously used.

After reading the report, here’s a list of things that caught my attention.

Nigeria has a poverty rate of 40.1%. This means 40.1% of Nigeria’s population live under the poverty line of N137,430. Assuming we have a population of 180 million, it means 72.4 million Nigerians live below the poverty line. No other country in the world has more poor people. If we even manage to drop these numbers by 15 million, we will still be the “poverty capital” of the world. Depressing stuff.
Nigeria’s poverty remains a northern and rural problem. 15 of the 17 States above the national average are in the North. On the other hand, 4 of the best 5 States are in the South-West; and my State Ekiti in 13th place, is the only one outside the Lowest 10 (let’s revisit Ekiti in 2021). Also, urban poverty is only 18%, while rural poverty is almost 3 times as much at 52%. Though the tenuous ethnic sentiments sometimes cloud the argument, to eliminate poverty in Nigeria, we must focus on the North. The numbers in places like Sokoto, Taraba and Jigawa (all 87%) must start looking like Kaduna (43%) and Kebbi (50%). Or the people must migrate to economic hubs. Simple.

Nigeria is not a very unequal country, with a Gini Coefficient of 35.1%, which is comparable to China (38.5%) and India (37.8%). The Gini Coefficient measures the degree of wealth distribution in a country, and usually ranges from 0% to 100%. The closer a country is to 100%, the more unequal it is, so Nigeria at 35.1% is a lot less unequal, compared to a place like South Africa at 62.5%. This probably explains why fears of a revolution are greatly exaggerated, the gap between the haves and have nots is a lot closer than we think. While the Gini Coefficient does not measure overall economic prosperity, it’s a good indicator of how much economic mobility is possible in a country.
Shout out to the women. Almost across all categories, households led by women outperform the ones run by men, and by a fair distance too. If you’re looking for an economic case for equality, there you go. It’s also an incentive to educate the girl child. But we’ll get to that later. For now, just take the lesson, MEN ARE SCUM.
There’s a reason my wife and I capped our family at two children, we deal in numbers. The poverty rate of a household of 2–4 people is 17.88%, once you move to 5–9 people that rate moves to 40.9%. For those with 10–19 people, it’s 67%. It seems you either embrace family planning or you sign a deal with poverty. We chose family planning, you should too.
The most encouraging statistic is the poverty gap index of 12.5%. This measures the average poverty gap of the population as a proportion of the poverty line. So for Nigeria, with a poverty line of N137,430, it means we need N17,178.75 per person (12.5% of N137,430) or N3.1 trillion to end extreme poverty. This suggests that Nigeria can make massive inroads into its poverty numbers in a few years, if we find some productivity uplifts and support them with targeted social intervention programmes.
Now that I’ve summarized the issues that caught my attention, let’s move over to possible solutions. How do we lift most of the over 70 million poor people out of poverty?

Agriculture still holds the key: Our biggest poverty numbers are in households that depend on only agriculture for income. If we are able to provide some major productivity uplift to these farmers, especially in the North, we will massively dent poverty numbers. With the relatively higher income in the South, especially the South-West, there is an incredible opportunity to increase the yield on Northern farms, support them with processing capacity, reduce transport costs, and allow them grow their income by feeding the Southern part of Nigeria. As incomes rise, and skill levels improve, the farmers will introduce mechanization and move into more productive sectors. This point probably deserves a post of its own, maybe I’ll beg my very smart friend in agriculture to guest post.
Education Matters: Especially girls. My guess is that female-led households tend to be smaller than those led by men, which converges with the data that shows smaller households are less likely to be poor. By educating girls, we not only slow the fertility rate, but also increase productivity by adding more people to the labour force. However, education is also very important for men. 66% of households led by men without education are poor, but that number drops to 25% when the men have completed secondary education. Go figure.

Cities are super important: I really like Edward Glaeser’s book, Triumph of the City, because it argues very strongly about how cities spur innovation and drive economic mobility. Cities usually attract poor people, seeking opportunities for upward mobility, but also the more productive a city is, the more diverse its inhabitants tend to be. That’s why I think one of Nigerias biggest drawbacks is the lack of domestic migration. Also, one of Northern Nigeria’s biggest drawbacks is the sometimes difficult terrain that makes it difficult for dense living. But I am excited about Kaduna State’s Infrastructure Master Plan. If we are going to create opportunities for the poorest people, they must involve plans that allow them live closer to opportunities and social services, while also providing the required infrastructure that minimizes congestion and public health concerns. What we need is a lot more States doing what Kaduna is attempting; it will increase density and create opportunities to lift millions out of poverty.

Social Investment: I am a fan of Ultra Universal Basic Income (UUBI), propounded by the Nobel Laureate, Banerjee and Duflo. For those who don’t have time to read their most recent book, Good Economics for Hard Times, the concept of UUBI is summarized here. As we now know, the cost of such a programme in Nigeria will not exceed N3 trillion. I will probably have to do a follow up on how to finance such a scheme in Nigeria, but in the short/medium term, what we require is a credible census, which not only provides clarity about our population, but also helps us target our social investment spend properly. If we can combine the census outcome with this Poverty and Inequality report, we can improve the quality of our investments, and lift millions out of poverty.
Growth Pole Theory: Schumpeter posited that development occurs due to sporadic spurts in a dynamic world, and this is the basis of the Growth Pole Theory, where Francois Perroux argues that:
Growth does not appear everywhere and all at once, it appears in points or development poles, with variable intensities, it spreads along diverse channels and with varying terminal effects to the whole of the economy.

Why is this important? Despite the best laid plans of Government and even the private sector, some sectors and geographical locations will simply not develop at a level commensurate with the effort, while some will show significant growth and drive economic development. One of the sectors I am willing to bet on is Business Process Outsourcing, which can combine our relatively low cost of labour, with possible improvements in broadband penetration and power, to help Nigeria rival places like Vietnam, India, Philippines, as a major global hub for BPO. If we are able to find one or two of such growth poles, regardless of where the geographical hubs are, we will start to see more domestic migration, and later, domestic remittances. Both of these have the equal ability of lifting people out of extreme poverty.

In conclusion, the complete NBS report (when released) will be a lot more insightful, and policy makers at national and subnational level should have field day trying to figure out how best to eliminate extreme poverty in Nigeria. We’ve seen first China, and now India, do it. So Nigeria should at least make this a national priority, and everything we do should end in how we create jobs and eliminate poverty.

We can’t fix all problems but we must fix the ones we can.

‘Federal allocation to Cross River is not enough to pay salaries’

Lagos, Rivers account for 40% of internally generated revenues in Nigeria

Here’s how Unilever performed in the first quarter of 2020