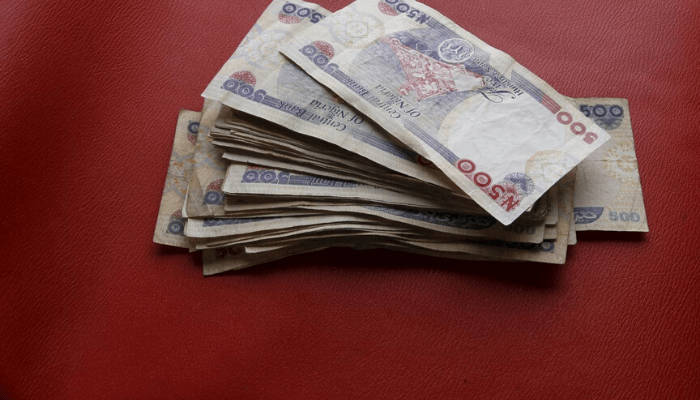 Share
The Central Bank of Nigeria (CBN)’s introduction of longer-term contracts on the naira holds big implications for investors who can now hedge currency risk for more than a year.

Private equity investors, fund managers, banks and the CBN all feature on our list of winners from the new initiative developed by the CBN in collaboration with FMDQ Holdings.
What has the CBN done?
The Central Bank, Thursday, launched long-dated FX Futures that extends the maximum contract tenor to up to five years, the longest period on record.
The longest tenor prior to this move was a 13-month contract, which the central bank has offered for more than a year. The 13-month contract meant buyers could hedge foreign FX exposures for only a year.
This implies that forty-seven (47) new monthly OTC FX Futures contracts, in addition to the existing thirteen (13) contracts have been introduced from February 13, 2020, bringing the total number of open OTC FX Futures contracts at any point to sixty (60).
Traders said the new naira-futures contracts were priced at N379.81 to the U.S. dollar.
That compares with the N399.73 at which the one year contract was quoted yesterday. This effectively means the latest five year contract is being offered at a discount of about N19.92 per dollar.
How the naira futures contracts work
As the pioneer and sole seller of the Naira-settled OTC FX Futures contracts, the CBN, having successfully sold a total value of $34.83 billion so far on FMDQ Securities Exchange Limited (“FMDQ Exchange”), launched the one-year product in June 27, 2016, to the relief of Nigerian corporates, foreign portfolio investors (FPIs), foreign direct investors (FDIs) and other investors, as the product served to minimise the disequilibrium in the Spot FX market and caused the exchange rate to moderate; attracting significant capital flows to the Nigerian fixed income and equity markets; and achieving exchange rate stability.
Since the product, administered via the bespoke FMDQ FX Futures Trading & Reporting System, was launched four (4) years ago, there has been no settlement default, with FX Futures contracts over the last 43 maturities, totalling $25.53 billion, successfully cleared and settled by FMDQ’s wholly-owned clearing house, FMDQ Clear Limited.
In the global financial system, hedging products are market enablers, allowing businesses and investors around the world to invest freely across borders, effectively hedge their risks and invariably contributing to economic growth. With the FX Futures contracts, the effective rate at which a counterparty will purchase (or sell) FX at any given time in the future is predetermined and fixed; essentially obligating the parties to the transaction which is consummated on FMDQ Exchange, to purchase or sell a currency (in this case, US Dollar) on a predetermined future date (the settlement date) for a fixed rate agreed on the date a contract is entered (trade date).
No obligation exists for the physical delivery of the currency and at maturity, clearing and net settlement which is effected by FMDQ Clear is made in Naira based on the US Dollar notional amount and determined by the difference between the agreed rate (on trade date) and the rate on maturity (on settlement date) as determined by FMDQ’s FX reference rate – the Nigerian Autonomous Foreign Exchange Fixing – NAFEX.
What to expect from new long-dated naira contracts
Under the erstwhile OTC FX Futures market structure, the CBN offered 13 monthly contracts allowing market participants hedge FX exposures for up to a 1-year period. While this was a welcome development, a gap was identified where investors seeking to hedge FX risk longer than one (1) year were unable to achieve a perfect hedge using the FX Futures product due to the maturity mismatch. The resultant risk of unwanted variability in the product deterred investors from using OTC FX Futures market for long-term capital hedging as this was considered unsuitable for long-term investment and capital budgeting purposes, leaving the Nigerian financial markets struggling to attract much-needed FPIs/FDIs and long-term foreign currency (FCY) denominated borrowings for sustainable development and economic growth.
The impact of the extension of the hedge curve by the CBN to up to 60 months can therefore not be overemphasised as this will greatly reduce potential FX exposures, encourage long-term planning and increase investments in the Nigerian financial markets.
Winners of the five-year naira contract
By extending the period for which investors can hedge foreign currency exposures, the introduction of the five-year naira contract could attract more foreign inflows, shore up dwindling dollar reserves and reduce rising pressure on the naira, according to five investment bankers and fund managers polled in a Business Day survey.
Recently, fears over an imminent naira devaluation have been fanned by depressed oil prices and declining external reserves, causing foreign investors to suspend investing in Nigeria until there’s better clarity over the naira, which some analysts say is around 20 percent overvalued against the dollar.
With the introduction of the longer-dated naira contracts, however, investors can hedge against a devaluation within a five year period.
“The CBN has basically bought time for the naira in the face of mounting pressure on its stability to the dollar,” said Johnson Chukwu, an asset manager and Chief Executive Officer of Cowry Assets.
The move is positive for the economy in many ways, according to Chukwu.
“It helps the Central Bank achieve price stability with the exchange rate and inflation.”
Ayodeji Ebo, an investment banker and managing director of Lagos-based Afrinvest Securities lauded the initiative and said it would help attract foreign inflows.
“Before the introduction of the long-dated naira contract, investors had a tough time deciding when to invest amid fears the naira could weaken in a short while, but that worry has been taken care of with the opportunity for long term capital hedging availed by the longer-dated contract,” Ebo, who expects improved foreign inflows on the back of the policy, said.
“It’s especially positive for foreign private equity funds who invest in naira and could expand foreign appetite for local bonds,” Ebo added.
Losers
There are no anticipated losers from this policy yet.