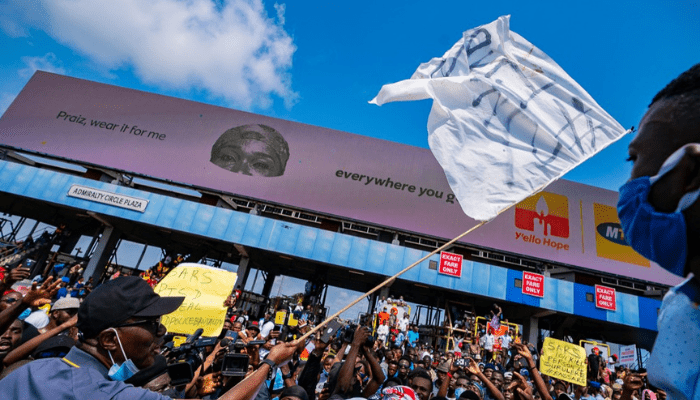 Hours after speaking with protesters that blockaded Lekki Toll Gate, Babajide Sanwo-Olu has said he is meeting with the Commissioner of Police, Lagos State to release the protesters that were arrested at different locations in Lagos on Monday.

Scores of protesters have reportedly gone missing after they were arrested by officers of the police force while protesting.

“Let us take a break from protests tomorrow and give us a chance to take tangible next steps,” Sanwo-Olu said.

Femi Gbajabiamila, Speaker of the House of Representatives who represents Surulere constituency in Lagos State also said he has spoken with the Commissioner of Police.

“I am in touch with my member representing Surulere, in the State Assembly, Desmond Eliot who is presently on his way to Area C Police Station where some protesters are being held,” he said. “We will ensure that people’s rights are not violated.