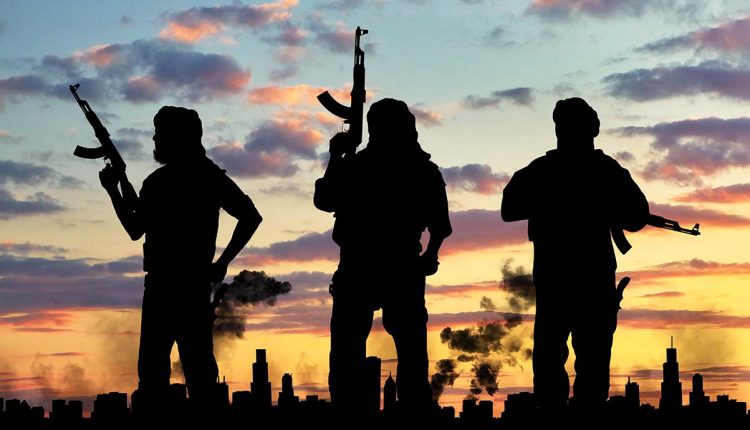 The governorship candidate of Alliance for Democracy (AD) in the 2019 general elections in Oyo state,  Oyedele Hakeem Alao on Friday declared that Nigeria is far from winning the fight against terrorism and other vices.

Alao pointed out that the “fight against terrorism in the North East and other parts of Nigeria cannot be successful when corruption, bad governance, high unemployment rate, inadequate basic infrastructure and lack of basic needs of life in the country still prevail”.
.
Addressing journalists in Ibadan, the state capital told President Buhari, state governors, and other stakeholders in the country that Nigeria cannot win the fight against terrorism if what he called the underline factors; corruption, bad governance, high unemployment rate are still existing.

He said that corrupt practices are still endemic in Nigeria in spite of all the laws, acts and policies against the social-economic problem as N576bn was said to be given out as bribes in 2019 alone in the country.

Alao stated that corruption in Nigeria was far from abating as he cited the report of the Transparency International (TI) which, he said, ranked Nigeria as the 146th out of the 180 corrupt nations in the world.

“Corruption as kickbacks then in Nigeria in the 60s, 70s, and 80s was far better as the ratio was just 5-10 percent, unlike today where people take the entire contract sum. Corruption is endemic as it has permeated every facet of life in Nigeria, corruption in the public sector —MDAs, police, army, navy, customs, immigration, etc has been alarming.

“Look at the corruption in Niger-Delta Development Commission (NDDC) where N40bn was distributed among the staff of the commission within just three months. That’s NDDC alone! What about NNPC, the military, and others?

“When President Muhammadu Buhari came to power in 2015, a lot of money was voted to fight insecurity and also under our former president, Goodluck Jonathan, a huge sum of money was misappropriated under Col Sambo Dasuki as National Security Adviser”

Alao while speaking further added that a lot of underlying factors such as abuse and misuse of power, embezzlement, bribery, political robbery, judicial corruption, corruption in schools and religious places, flamboyant lifestyle, greed and lack of contentment, poverty, poor remuneration, electoral corruption, conflict of interests, favouritism and nepotism are serious issues to deal with to reduce corruption and insecurity in the country.

President Muhammadu Buhari had earlier said his administration was fully determined to combat and defeat terrorism, banditry, and all forms of criminality in Nigeria.

Reacting to the clampdown on Revolution Now activists, Alao said it was totally wrong for the federal government to have used its powers to muffle the protesters, stressing that the action was undemocratic.

He maintained that protests and demonstrations in whatever form, if peaceful, were parts of the fundamental rights of the people and were allowed all over the world.