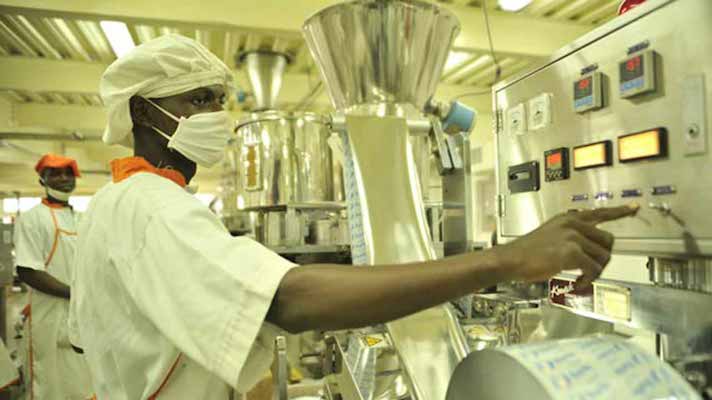 The Manufacturers Association of Nigeria (MAN) has called on the Central Bank of Nigeria (CBN), to help improve credit accessibility for Nigerian manufacturers especially for intervention funds, as poor access to funds constrain the productivity and general operations of the sector.

MAN affirmed that despite the roll out of various intervention funds, manufacturers still cannot access loans due to challenges around the high interest rate and requirements made available by Participating Financial Institutions (PFIs) like commercial and developmental banks who manage the funds and other banks like the Multilateral Development Bank (MDB).

However, notwithstanding the availability of these funding windows, manufacturers still suffer the dual challenges of scarcity of investible funds and high lending rate.”

In addition to this, the loans have an interest rate of five percent which will revert to nine percent by February 2021, and cannot exceed N10 billion and is being managed by PFIs who prevaricate access.

“Generally, MAN observed through feedbacks from members and interaction with the CBN on several occasions that these facilities and funds have not been adequately accessible to manufacturers due mainly to the prevarication of the PFIs and MDBs.

MAN said most of the association members who applied for the loan could not get adding that only 30 percent of the loan was disbursed in one year according to the financial regulator.

“According to the CBN, only 76 companies have received N300 billion, which translates to 30 percent, in one year. Intriguingly, according to our members, the banks are claiming that they have not received the framework for the administration of the facility from the CBN” He explained.

The DG explained that availability of single digit loans for manufacturers was important for the recovery of the sector following the meltdown occasioned by the COVID-19 pandemic and other inherent challenges.

In order to assuage the high cost manufacturing environment and improve the competitiveness of Nigerian manufactured products, funding at liberal lending rate (single digit) is critical” he said.

In its economic review, MAN said that the Interest rate charged to manufacturers increased to 22.0 percent in the 2nd half of 2020 representing a two percent increase from the 20 percent recorded in the corresponding half of 2019.

Presently Nigeria has one of the highest lending rates in Sub Saharan Africa as the financial regulator pegged its Monetary Policy Rate (MPR) at a double digit of 11.50 percent leaving deposit money banks to lend as high as 25 to 35 percent interest loans.

Other countries like Kenya and Ethiopia have an MPR of 7 percent, Rwanda has 4.5 percent, South Africa and Cameroon have 3.5 percent interest rate while Namibia has 3.75 percent.

Ajayi-Kadir recommended that the CBN ensures that PFIs grant manufacturers transparent and effective access to the available intervention funds, and banks who fail to disburse the allocated funds should be sanctioned. He also urged that MAN be made part of the monitoring process by the CBN.

“Specific guidelines and timelines for the effective and complete disbursement of the intervention funds. There should also be periodic reports of the status of implementation to the CBN to ensure progressive monitoring,” he said.